Microsoft is planning to release its next big operating system sometime during autumn this year. As per the officials, the systems that are compatible will get a free pass to upgrade to Windows 11 directly through Windows Update. Since the company will also release Windows 10 version 21H2 at around the same time, you must be wondering if you can block Windows 11 Update from installing on your device.

Well, you can certainly do so and keep your device on Windows 1o till Oct 2025. However, you must upgrade after that, as you won’t be getting any security or non-security updates. Though the tech giant revealed that they won’t be pushing Windows 11 updates forcefully to systems running on Windows 10, this is something where they fail quite often. If they are going to remain intact on this or change, we will see it in the foreseeable future.

Although there are several ways to avoid any update from installing on your PC, this post is all about disabling Windows 11 Update from ever occurring. We have included two different ways of doing so and they are as follows –

How to block Windows 11 Update from ever occurring

If you want to continue using Windows 10 version 21h1 and put a block on Windows 11 update from occurring in the near future, apply either of the below methods –

This is the best way to block Windows 11 Update from ever occurring on your device. Unlike Group Policy, this method allows users from all Windows 10 editions to keep a check on installing the new OS on their PCs. Here’s how to modify the related entries on the registry – 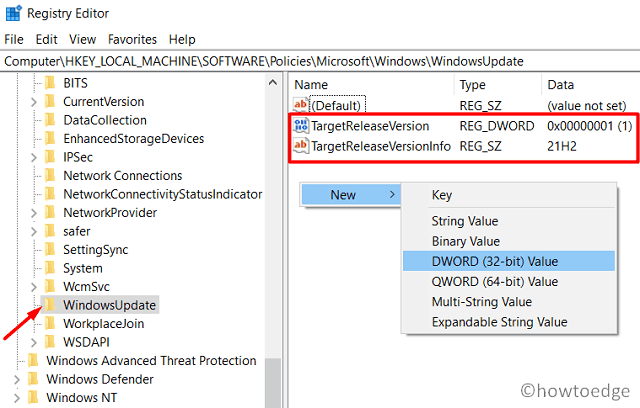 In case you don’t find such an entry on the right panel, right-click anywhere and proceed as follows – New > DWORD (32-bit) Value.

Note: If you do want to install 21h2 when it comes, replace 21h1 with 21h2 on the “TargetReleaseVersionInfo” registry entry.

If you are on Windows 10 Pro or Enterprise Edition, you may use group policy as well to block Windows 11 Update from installing on your computer. To do so, you need to perform the following changes to the local group policy – 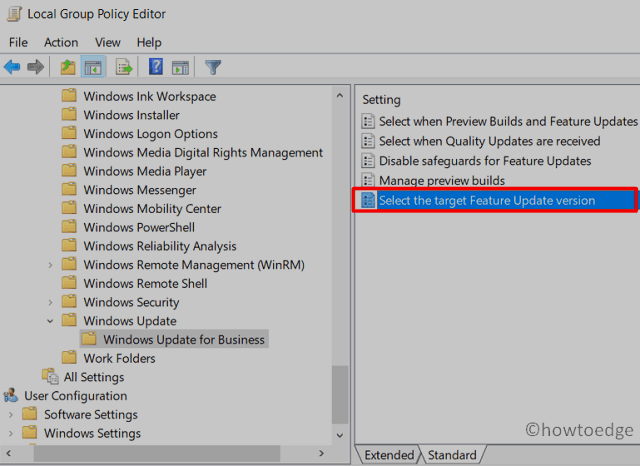 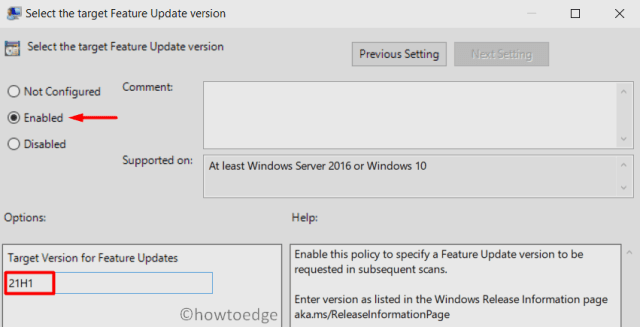 Note: If you do want to install Windows 10 version 21h2 when it comes, replace 21h1 with 21h2 under the policy – “Target version for feature updates’.