Since you are here, you must have come to know whether Microsoft is really going to launch Windows 11 on its Big Event i.e. 24th June 2021. MS Build update has never been so much confusing and at the same time interesting as well. From the look of the teaser, Windows 11 indeed seems to be the next reality. Amidst several speculations, we have tried compiling a list of features that you come to know on the big day. 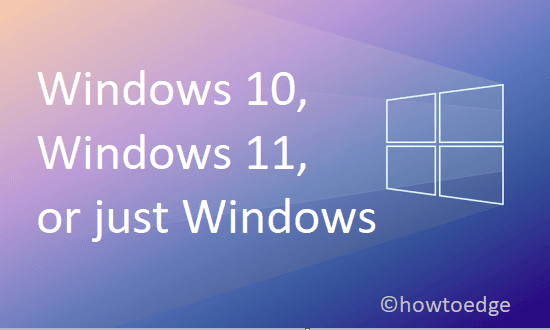 Can Windows 10 and Windows 11 co-exist together?

If we talk about one statement by Microsoft, it says Windows 10 would be the last version and the updates will be provided in the form of cumulative updates. Again, as there is already a vast development going on Windows 10 21H2 project, this is not going to be over in the near future.

Why people are guessing it to be Windows 11

Several media outlets and users have speculated that Windows 11 is the next big change about which Microsoft is saying everywhere. They have come out to these conclusions based on these points and they literary not seem to be a coincidence unless Microsoft wants us to believe that. The points are as follows –

Whether it will be Windows 10, Windows 11, or just Windows, you are going to get a memorable day full of new features and bug fixes. Here’s we have compiled a list of features that you ought to get by the June end –

If it is Windows 11, when will it be aired for all

Since May 2021 is in the past, Microsoft may go for the Sept-Oct i.e. second major update slot. If it does choose this slot, we might get to see two sets of Windows launching simultaneously i.e. version 21H2, and Windows 11.

When will Windows 10 come to an end?

“Windows as a Service” gets a new version every six months and then the newer one continues to get updates for at least 18 to 30 months. The same is not applicable to “Long-Term Servicing Channel” i.e. LTSC. If you look deep into each one of the release notes, they bear an expiry date i.e. 14 Oct 2025. So, rest assured, Windows 10 will continue for at least 3-4 years (if not going to be replaced by Windows 11). Of course, the Azure Internet of things (IoT) and LTSC will remain excluded from this.

Looking at its past trends, Microsoft always provides advanced notice about the servicing end by at least 2 years. So, you may think of the Year 2025 as the year in which Windows 10 gets dumped.

We will update this article as soon we get some new information from Microsoft’s side.