Windows 10 20H1 Build 18898 is out and brings some quality enhancements and fixes for PC. They introduce a new functionality here which displays disk types and its storage. This is indeed a great feature for those who use more than one drive or SSD on their PC.

There are some minor issues as well which we will depict later in this article. They did a marvelous job here and fixed the crashing issue of both i.e. DWM and explorer.exe (owing to pcshell.dll). In addition to these, they also brought DirectX 12 for Hitman 2 which is considered “an absolute game-changer”. Let’s learn more about this Build 18898 in detail-

With this build, users can now see the disk type on Task Manager Performance Tab. This may appear small, however, it is one of the best changes that allows looking at which disk types you are currently using on your System. Of course, this proves to be more fruitful only if you are having multiple drives on your PC. 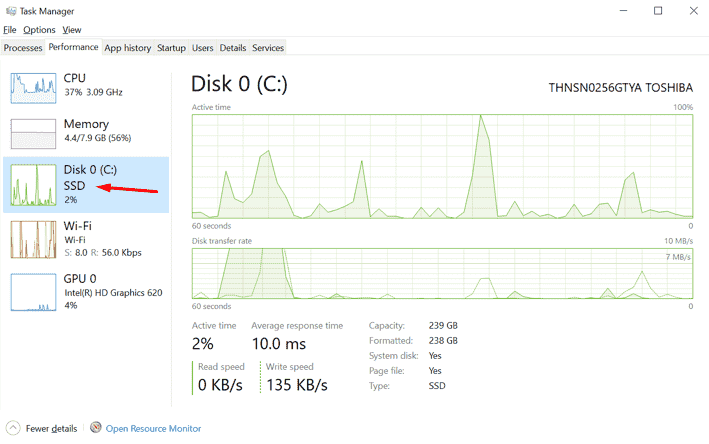 Here, we depict the key changes and fixes for PC on this build-

Settings > Apps > <select the app> > Advanced Options > Reset before you see the results of this fix.

After installing this Build on your System, you won’t be able to switch back to either Slow or Release Preview ring. This is because if you do so, you can’t add, install or enable optional content. As they are approved for specific rings only, you have to remain on this Fast ring.

DirectX 12 boosts the performance of HITMAN 2

Microsoft launches DirectX 12 support for HITMAN 2 partnering with IO interactive. The later company was so excited that they literally shared a bit about how innovative this DirectX12 is along with its benefits for Hitman. You can switch to DirectX 12 blog to read the details.