Microsoft adds another Insider Build 20190 to Windows 10 21H1 Dev Channel. On this update, the software giant has added some really cool features and improvements. They introduce a new app “Tips” featuring all the lately made changes to the recent Build OS.

Windows 10 Power users now get options to choose among their high-performance GPUs to work with different programs whenever required. Apart from this, the experts improved the overall functionalities of Chinese and Japanese IMEs. Lots of other improvements are coming your way on the 21H1 development branch, so stay tuned.

Upgrading the Build OS with no clear or visible changes often make us confused. Users do want to get a feel of what real benefits they are going to acquire after the update. Keeping this in mind, Microsoft has brought a new “Tips” application. This will highlight all of the recent changes and improvements on the OS. To access this new feature, follow these steps –

That’s it, You may now enjoy this new experience on the Windows device. Moreover, this is available in different EN locales i.e. US, UK, AU, IN, and CA.

Although Microsoft keeps improving the Graphics Settings from time to time, they have added some significant changes to 21H1 Build 20190. The improvements are as follows – 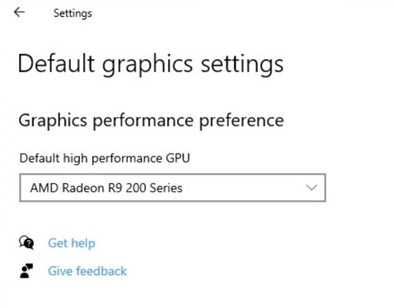