Microsoft rolls cumulative updates for a different version of Windows 10 from time to time so as to fix underlying bugs. In addition to this, the Company also points the known issues in the patch update itself. Although these releases appear arbitrarily, the second Tuesday of every month is hot reserved for such updates. In this tutorial, we bring a catalog that entails all such updates for versions 21h1/20h2/20h1, 1909/1903, 1809, 1803, 1709, 1703, 1607, 1511, and initial Windows 10 (July 2015).

Windows 10 receives Cumulative updates automatically through the Windows update section. However, if you have disabled auto-download and installation of the patch file for whatsoever reason, you can get this manually as well. Let’s explore the complete list of all such Windows 10 cumulative updates. 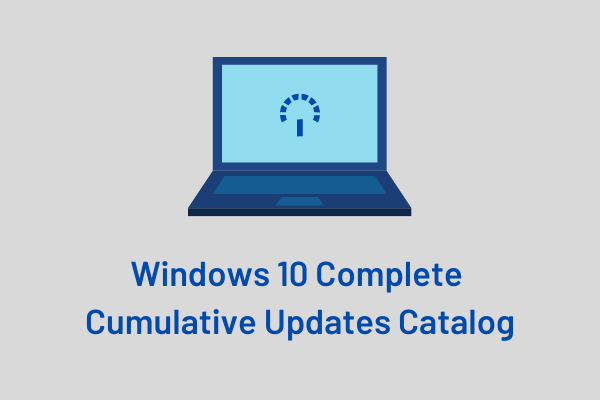 Here is the complete list of recent security updates by Microsoft for different Windows 10 versions. Besides, we have also included the corresponding Build number, standalone package, and the servicing stack update.

Tip: Make sure to first download and install the latest servicing stack update before applying the cumulative update (excluding the latest ones i.e. 21H2 or 21H1).

Note: No need to separately download servicing stack as it is downloaded along with the cumulative update.

Note: Microsoft stopped releasing cumulative updates for Windows 10 version 1903. The last update for version 1903 came on 8th Dec 2020. If you haven’t still upgraded to version 1909, make sure to do the same at the earliest.

Microsoft announced the end of service statement for this version of Windows 10 on 9th March 2021 with a KB update – KB5000812.

Microsoft stopped providing new cumulative updates for Windows 10 version 1511 after 10th April 2018. If you are still on this version, better upgrade to the latest version of Windows 10.