Windows 10 Build 19033 [20H1] comes out to the Insiders in BOTH the Fast ring and Slow ring carrying plenty of fixes, changes, and improvements. With this specific update, the team expert eventually introduces the 20H1 update’s version number in 2004. According to the company, it went with version 2004 to bypass the confusion with previous products, like Windows Server 2003.

Moreover, the Microsoft team also says that it’s preparing to start releasing new builds from its RS_PRERELEASE development branch to the Fast ring. Insiders who want to evade any uncertainty will prefer to switch to the Slow ring if they desire to stay on 20H1. Along with known issues, Windows 10 Build 19033 removes the watermark from the bottom-right edge of the Desktop. 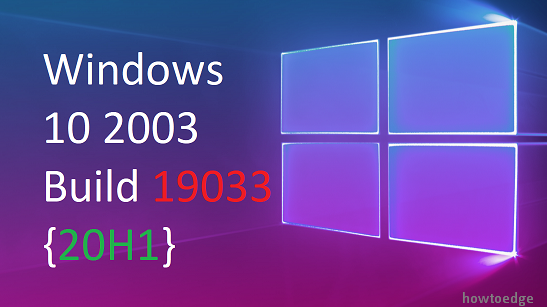 Here is the changelog –