Windows 10 version 20H2 is the next semi-annual update that is still under development. Insiders may download and install its latest dev build 19042.330 and start exploring the new features and changes. Windows 10 users will get their hands on version 20H2 by the end of November 2020. As of now, there are not any major improvements on Windows 10 20H2.

The company is willing to use “major” and “minor” updates this year as well. So, this will be a minor update and won’t get any separate releases. Instead, we will receive this just like the usual ones i.e. Cumulative Updates. The software giant has started syncing Windows 10 20H1 and 20H2 Build numbers just like in 1903 and 1909. Besides, this will be the tenth major/minor update by Microsoft.

In this guide, we present a list of what new features are available inside the Windows Insider Program till now. Let’s explore the new features and improvements on Windows 10 20H2 –

Here are the new features, changes, and improvements on Windows 10 20H2 thus far –

Usually, we get the Classic Edge after installing a Feature Update such as – 19H1, 19H2, 20H1. But not anymore, as the company includes Edge back to its default OS. Just like the default apps on Android, Microsoft Edge remains at its factory settings unless you upgrade the same. For now, there’s no way to downgrade the browser to Classic Edge in 20H2.

Microsoft has added a new feature to its Calculator app i.e. Graphing Mode. If you love exploring numeric data and create a graphical presentation, you are going to love this mode. This supports several functions like – Algebraic, Trigonometric, Logarithmic, exponential, etc. Moreover, this also lets you create your own function and present a graphical representation of the data.

Students studying in Class XI or XII may find this pretty useful to learn advanced mathematical concepts. Here’s how to use this new calculator – 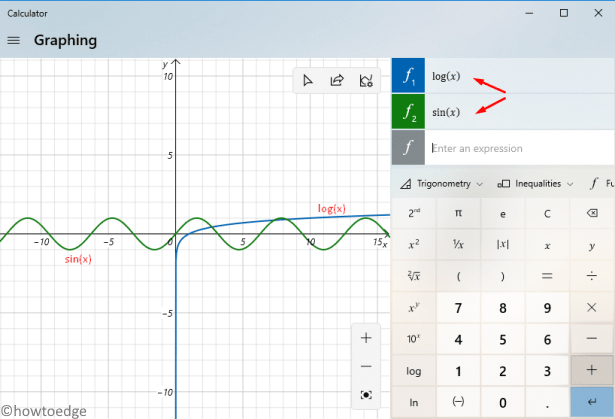 Windows 10 now offers new and interactive icons and settings interface. The developers made several eye control improvements to reduce Eyes straining of those who work continuously on PCs.

Microsoft rolls Windows 10 20H1 back in the month of May 2020. Since then, there come two new cumulative updates – (security, non-security) for Windows 10 version 2004. The company has even launched the first Dev channel of Windows 10 21H1 a few days back.

Note: This article presents whatever the changes appear on Windows 10 20H2 as the OS progresses. We keep on updating this post as any new features, changes or improvements surface.

How do I prevent version 20H2 from installing on Windows 10