Microsoft released Windows 10 version 21h1 on 11th May 2021 as a minor feature update for all its users. If you have already installed this update on your device and started to feel some bugs here and there, you may uninstall Windows 10 21H1 completely via either Control Panel, or Command Prompt. In case you have used an ISO file to upgrade to May 2021 update, consider using the recovery feature and Rollback Windows 10 21H1 to your previous build version.

With each Windows 10 upgrade, users get a maximum of 10 days under which they must decide whether they want to stay on the updated version or switch back to the earlier one. Once you have crossed this time frame, the system automatically deletes “Windows10.old” folder and thus hides the option to either downgrade or roll back Windows 10 21H1. 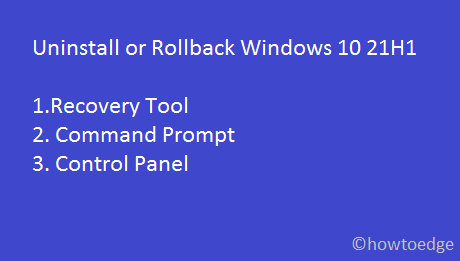 Do you wish to increase the time range from 10 days to 60 days or even more? Well, learn how to increase this time limit. Moreover, if you haven’t encountered any issues so far installing Windows 10 21H1, you may delete the old system files using the Disk Cleanup Tool.

How to Remove Windows 10 21H1 from your device

To either rollback or uninstall Windows 10 21H1, try out the respective methods –

The best way to switch to the previous OS Build version is by using the recovery tool. Here’s how to use this tool to rollback Windows 10 21h1 –

Alternatively, you may also roll back Windows 10 21H1 to its predecessor version by tweaking a few codes on the Command Prompt. This is the easiest and convenient way as compared to the previous one. Let’s explore the key steps in detail. 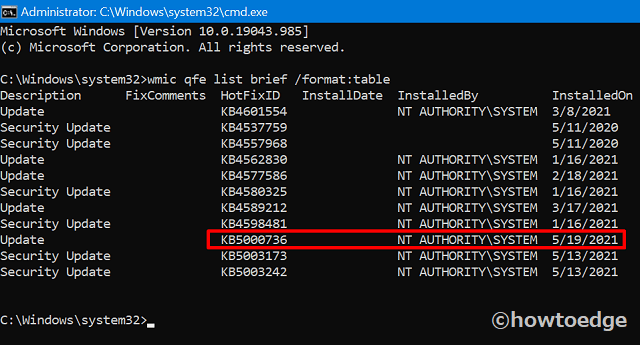 Rollbacking Windows 10 has its own limitations. In certain cases, the issues that arrived after upgrading to the latest version persist even after initiating a rollback. If that’s the case, one should simply uninstall the recent updates using the steps elaborated below – 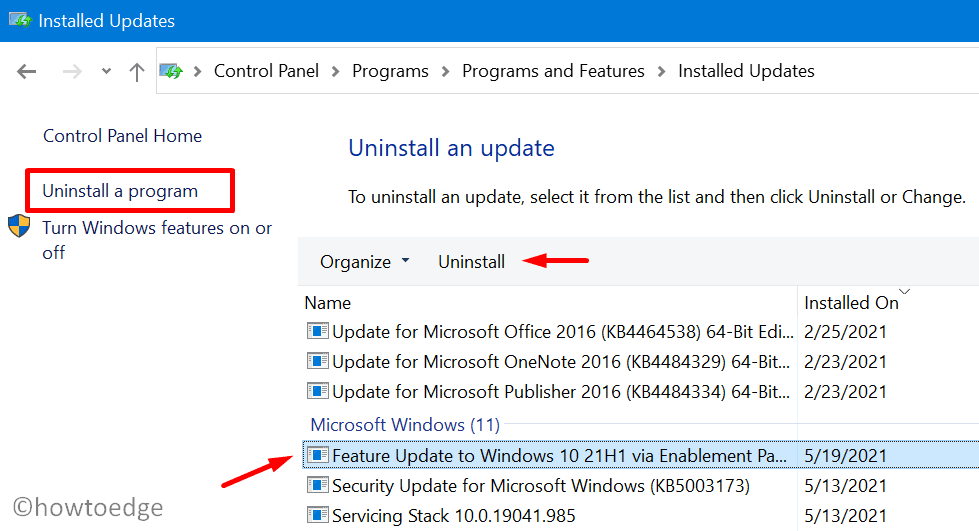 I hope you are now able to successfully downgrade Windows 10 version 21H1 to its predecessors OS Build.