Windows 10 19H2 is the next vital update by Microsoft that will appear in the month of November 2019. This is indeed a great release for users who are on older versions of Windows 10 except for 1903. For Windows 10 19H1 users, 1909 is merely a cumulative update with significant changes and features. October Update will take care of the things that are left unexplored in May 2019 update. Today, in this blog post, we discourse information related to Windows 10 19H2 installation, new features, and others.

Microsoft hasn’t officially announced its a name yet, each version does have a specific number. As the ongoing year is 2019, this update should appear as version 1909. Earlier the later part such as “09” resembles the month name. Though this update is supposed to come in the month of November, the company will retain the name 1909. Apart from knowing details about the installation of Windows 10 19H2, new features, we will also cover how to check the current version of the Windows installed on your device.

Here, we depict all the minute details of Windows 10 19H2 like the installation, new features, etc.

If you are already on Windows 10 1903, there is no need for a separate installation of Windows 10 19H2. Your device will receive 1909 features in the form of a monthly patch update. The company has introduced this new approach so as to make the upgrade process less complicated. Again, owing to no full installation, this would be faster to apply.

If you are using any version other than 19H1 like 1803, 1809, or older versions, you have to perform the full installation of Windows 10 19H2 to obtain its new features. Microsoft will roll the update only to those devices which are known to be compatible. This is to ensure no issues pop up during the upgrading process. The team will, as usual, depend on its artificial intelligence to carry out this operation smoothly and efficiently. Once they test this update on a few PCs, this will be available for the general public.

Windows users may download and install Windows 10 1909 Update via two ways. They are using the Media Creation Tool and the Update Assistant. The Windows 10 19H2 installation will more or less remain the same as compared to the earlier versions.

Microsoft has already confirmed that Windows 10 19H2 will be an optional update. This implies that it won’t be downloaded or installed automatically. If you do want to have this on your PC, just initiate this manually by visiting the Windows Update section.

Though this is an optional update, this will get auto-downloaded on PCs which are running older versions of Windows 10 like 1511, 1607, etc. In case, you want to prevent this from happening, follow these easy steps- 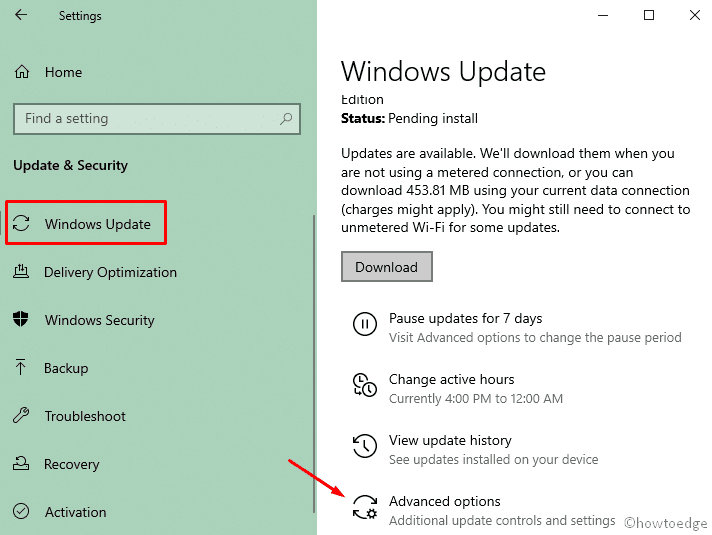 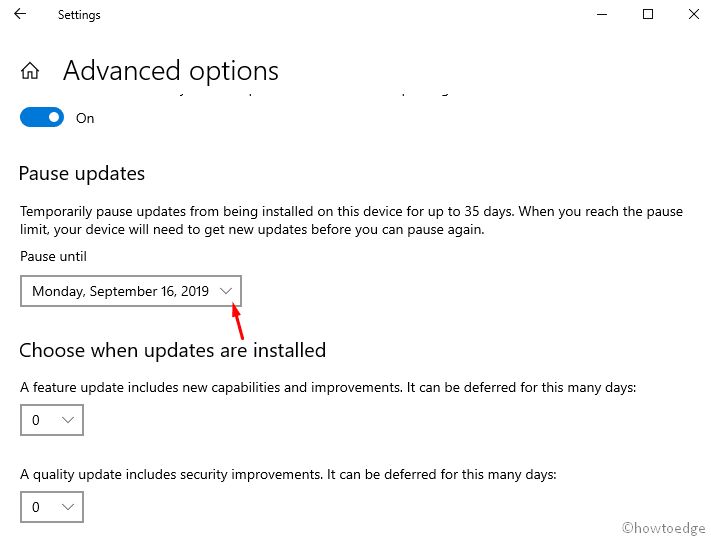 Following the above guideline, you may defer the updates for a maximum of 30 days. To block the updates for more than this, see how to disable automatic installing Windows 10 updates.

As stated above, 1909 is just a minor update, there won’t be any huge improvements. However, the company may program it to enhance battery life and improve the processor’s functioning. In addition to this, they will improve the notification section along with the ability to create events from the date and time flyout. There may appear some other tweaks as well which we will introduce as soon as it comes.

Microsoft has maintained bringing two new updates by each passing year. They bear the name “03” and “09” such as 1803 and 1809. However, with the onset of 19H2, the company is trying a new approach so as to make the updates less intrusive.

Earlier they used to release two versions of Windows 10 that require full installation. The team will now roll one major update which needs installation. Further, the second update would be a minor one which will surface just like a cumulative update comprising minor servicing update. Windows 10 users will receive the second update if they are already running the first major update.

There are numerous ways to check which version you are currently having on your PC. However, here we depict two simplest ways to do the same-

To know which version of Windows 10 you currently have on your PC, follow these simple steps- 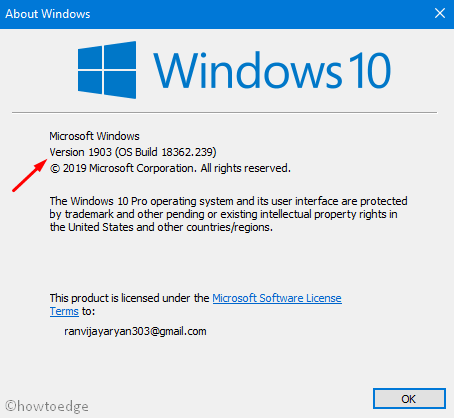 A new window named “About Windows” will appear instantly. You may see the current version along with the build number. If there lies “Version 1909 (OS Build 18363.000 or higher ones”) in the second row; this symbolizes that Windows 10 19H2 is installed on your laptop, desktop or tablet.

Alternatively, you may know the current Windows 10 version through the local settings. Here’s how to proceed- 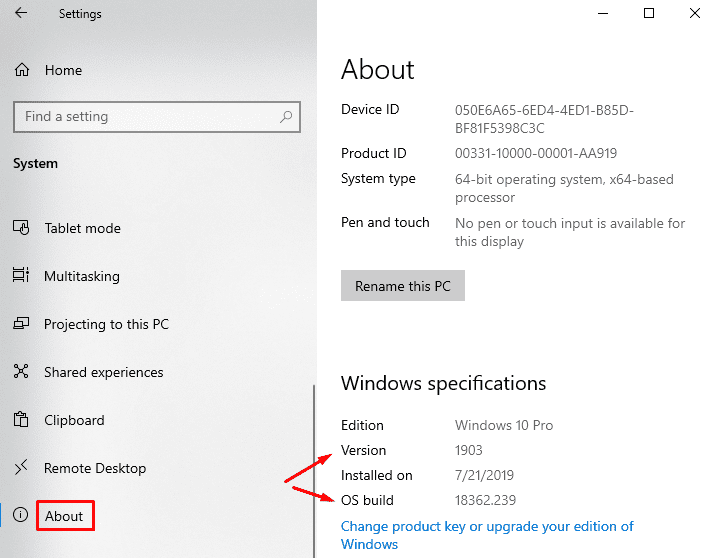 Note: In general, Windows 10 does notify you and ask for your permission to install a new version.