Microsoft will soon release the new version of Windows 10 19H1 in the spring of 2019. This would be the seventh major update of this OS. There are some major changes that come along with this release and are there to improve the system stability. Today, in this article, we will explain the key changes of Windows 10 19H1. Let’s explore them in detail- 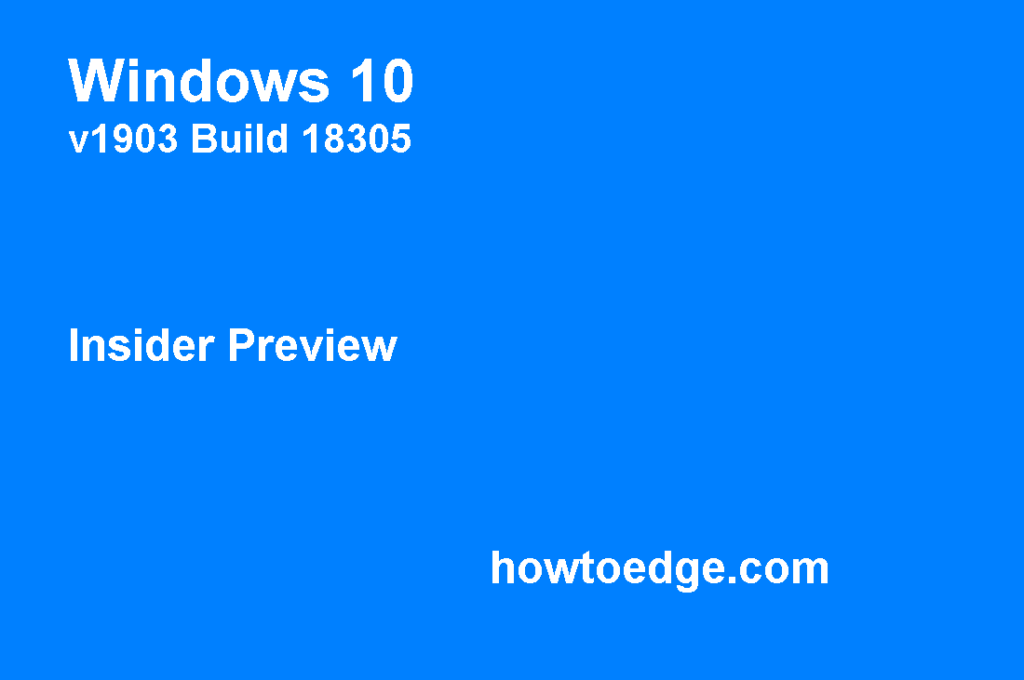 With the Windows 10 1903,  there is fluent design in the desktop while you sign in to your PC. Microsoft has redefined the texture style along with improving the visual clarity in comparison to the previous version.

There are minor changes in the Start Menu as well. At first, The Power button has been replaced with new icons for Sleep, Shutdown, and Restart option. When you click on the profile menu, the icon available for “Change account settings,” “Lock” and “Sign-out” option has also been changed. The Company performs some other changes too which are as follow-

They modify the old look of the Search box on Windows 10 19H1. Now if you open the Search bar, an updated page will pop-up with better spacing. With this release, you can also see recent activities. If you hover over any option while filtering, there appears a light theme behind.

With the Windows 10 1903, minor changes have been brought in the notification area of the Taskbar. Here you will see a new “Disconnected” icon if there is no internet connection on the System.

Under the System tray, you can also see the microphone icon if that is plugged into the port. When you hover the mouse around this icon, it will show the currently accessed apps on your device. when you double click on this icon, it will open the Microphone settings page by default.

Another modification in the Taskbar is the display of the Windows Update icon near the notification area and Start menu power button. If there is an orange indicator displaying near this icon, it simply indicates that your Computer requires a Reboot. 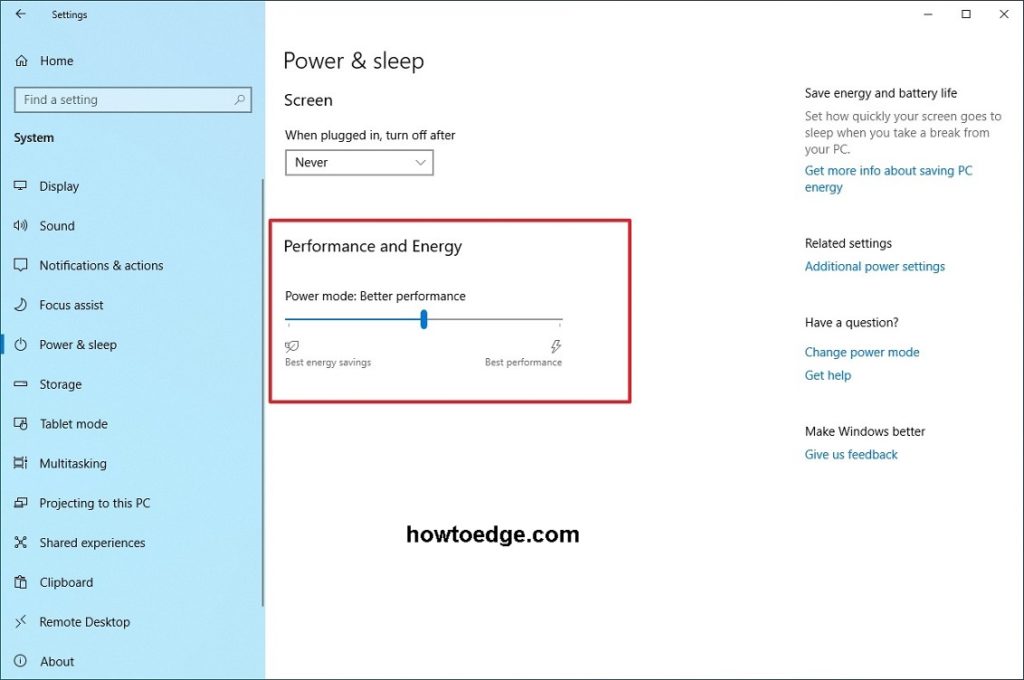 If you want to add or remove buttons without going to the Settings app then just right-click on a specific button and choose Edit from the drop-down menu. Now click on unpin thereafter do the click on the Add button to add the button.

With the build v 18305, the File Explorer icon is provided a new look. On opening this app, you can have the feeling of working around the Office app with a simple light theme which sounds interesting.

It is quite difficult to sort out the recent items in the download folder when they are arranged in alphabetical order. With this build, Microsoft has updated the download section as well. The recent files will now appear on the top of the list, thus it would be easy to identify them.

The Start Menu, Action Center, taskbar, touch keyboard, and other elements are now available in lighter colors with the onset of Windows 10 update 19H1. To add new color on the interface, you have to follow the path i.e.  Settings > Personalization > Colors then go to “Choose your color ” section. Here choose the Light option from the drop-down menu. When you select the custom option under the same drop-down menu, it permits you to use a light theme without any new changes.

The company has declared that with Windows 10 version 1903 18305, there will be a new gallery on the Game bar. Users can take screenshots of the game or video directly without even leaving the console. They can even share the contents directly on Twitter or other social media platforms.

Changes under the Settings app

Microsoft has brought several refinements and features under the Settings app in Windows 10 version 1903 (19H1) 18305. We have described them below one by one-

The Company added a new option i.e. “When I’m using an app in full-screen mode.” under the Automatic rule section of the Focus assist page in the Settings app. Using this tool, you can now avert distractions while working on full-screen Mode.

They have improved the storage part as well on your system. There is no need to select each drive now to know how much disk drive utilizes memory. Using this feature, you can access settings to enable, disable, and configure options in an easy way. All you have to do is to select the Configure Storage Sense or run it now an option under the Storage section of the Settings app.

Microsoft has included the Optimize Drives option under Settings which you can use to defragment drives. In this way, you can access storage usage on other drives.

The link of the Printers & Scanners settings page has now been set on the right pane of the same page. Hence, different options are now easy to find and fix the issue if discovered.

There are drastic changes performed in the Apps & features section after this update. You can now uninstall more in-built apps like 3D Viewer, Calculator, Calendar, Groove Music, Mail, Movies & TV, Paint 3D, Snip & Sketch, Sticky Notes Voice Recorder if you are not using them currently.

In the previous update, you can only uninstall these apps: Microsoft Solitaire Collection, My Office, One Note, Print 3D, Skype, Tips, and Weather.

The sign-in option becomes an easy task on Windows 10 19H1 updates. It enables you to set up authentication like figure pints, password, picture password, etc. in an easy manner.

There is a slight modification made in Ethernet settings as well so that you can now configure the static IP address, DNS server preference, set wireless settings to be active for a long time.

After updating the System to Windows 10 v 1903, a separate option will now be there to install the language pack so that a new language would be added effectively. There is also an individual option to install Speech recognition, Text to speech in this updated Windows 10 version.

Under the Change pointer color of the Cursor & pointer settings page, you can choose the suggested custom color for the mouse pointer.

With the latest update, a new page is added in the Cortana known as “Searching Windows,” which works to adjust the search indexing settings. In the previous versions, these settings are managed by Control Panel. Now if any extra folder exists in the search windows, you can exclude this after upgrading your system.

The “Recommended troubleshooting,” added under the Troubleshooting page is there to resolve the commonly occurring issues. 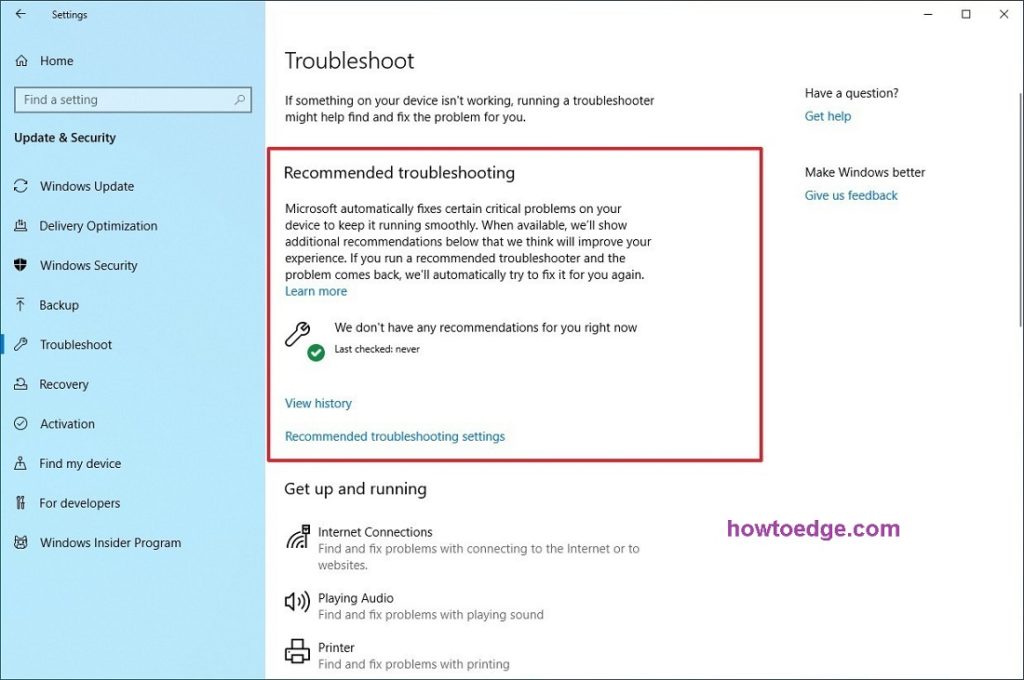 In updated Windows 10 v1903, the link option is changed to the icon with a button. Hence you can no longer see the link under the Windows Update settings page.

Another modification done here is to add the “Pause update” option which could be used to disable the current downloading update. In a similar way, the pending update can now be extended up to several days.

Note: Adlam is developed by Ibrahima Barry and Abdoulaye Barry so that it would be easy to understand the Fulani language on Windows 10.

There is good news for the touch keyboard users as well. Microsoft has worked upon the user’s feedback and improved the functionality of the touch keyboard. With this update, it can now dynamically adjust the expected letter when the finger misses the actual key. As a result, you can type more accurately and faster as compared to previous Insider. 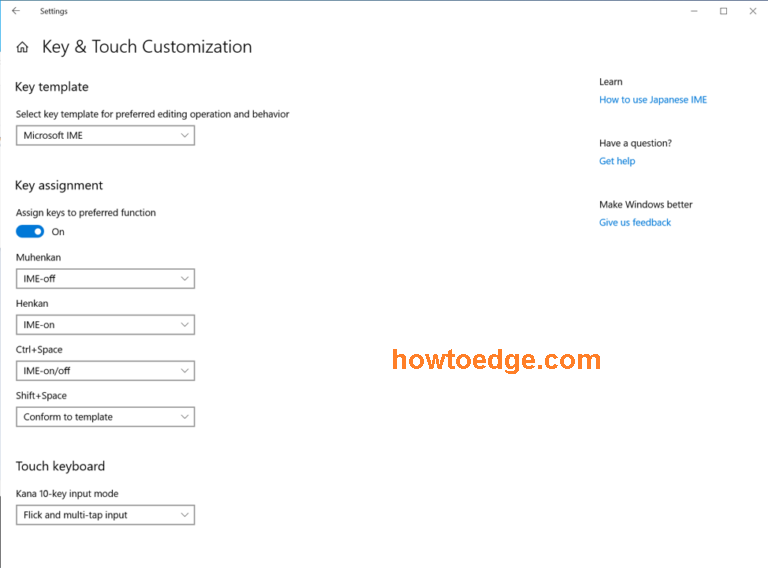 With Windows 10 1903 (19H1), the use of the touch keyboard would become easy in comparison to the previous version. There are more languages added in this Insider preview like:

Note: Even if you use the hardware keyboard, you can avail of the text suggestions facility too.

The upcoming Windows 10 April 2019 update will introduce the group policy. This will restrict the use of Security for Local account.  Now this group will be located under Computer Configuration > Administrative Templates > Windows Components > Credential User Interface.

You will see a new caret sign at the end of the address bar under the Registry Editor window. when you press the F4 key, this sign indicates the expended auto-complete drop-down.

They have improved Windows Console such as Command Prompt, PowerShell, and Windows Subsystem for Linux. The Ctrl + Mouse Wheel Scroll hotkey is now set to enlarge the text size of these console.

In Windows 10 v1903 update, the properties page will introduce a new “Terminal” under this section. This tab will help you to set the terminal’s color, Cursor shape, and some more features to the console.

Microsoft has declared that there will be more improvement in the section of built-in apps which are described below:

This app is now able to save files in UTF-8 without a Byte Order Mark and make the file as default new.  The notepad app will now contain (*) mark at the title bar, indicating the document is unsaved.

With the onset of the new release, you can send your feedback directly using Notepad. Just click on the Help tab and select Feedback. Here type your opinion and send it directly to the product team. Some additional shortcuts are added to quick launch the different window:

The most important change is made in the Security section of Windows 10  including the “Protection history” option.  This tool now contains easy to understand the information of Windows Defender Antivirus.

After upgrading your PC, if any malware is found under the Windows Defender Offline scanning tool the same will be displayed in your history. In case any pending recommendation is available it shows red or yellow exclamation mark under the history list. 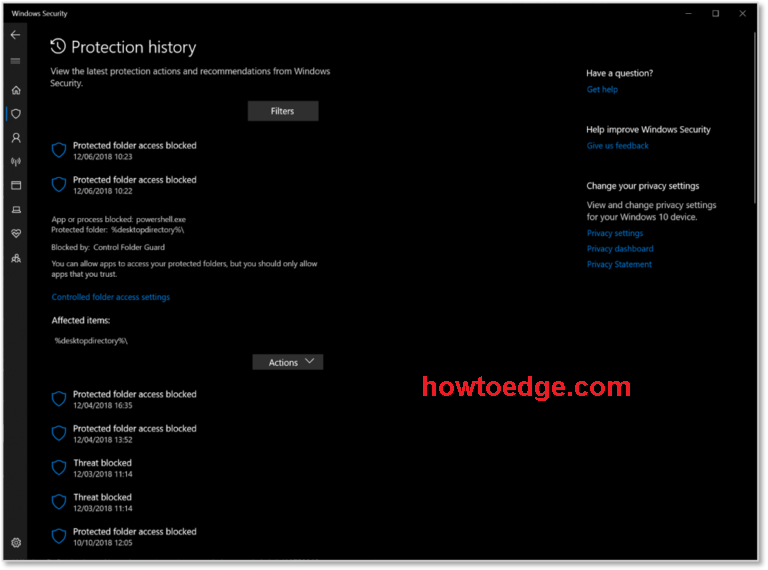 The Windows Security has modified the name of Windows Security to Windows Defender Application Guard. This app now allows access to the camera and microphone while browsing through this security app on Microsoft Edge.

There are major changes in Snip & Sketch on Windows 10 v1903. It has now added a border to the screenshot option and a unique tool to take a screenshot of Windows. They added new features so that you can copy your snip in the clipboard.

With the latest update, you can see more changes in writing Sticky Notes like Dark mode. You can see the available notes of different clouds using  https://www.onenote.com/stickynotes website.

The upcoming 10 May 2019 update will also enhance the setup design in addition to the color of Windows 10. When you run the ISO file, it shows a light color instead of a purple color.