Windows 10 Build 19028 [20H1] comes out to the Insiders in the Fast ring carrying small fixes, changes, and improvements. Just like every build for the last few weeks, this specific update also doesn’t include any new feature but rather some fixes and changes which are described in the below section. This lends probability to the rumor that 20H1 will RTM in December. Furthermore, it seems that the company is putting the finishing touches on it, although non-Insiders still won’t get their hands on it until the spring.

You will get build via Windows Update and for this, just follow the path Settings -> Update & Security -> Windows Update. Now, simply click on click on Check for updates button and let download the Build 19028 on your Windows 10 PC. Besides, to get this by itself you need to ensure that you haven’t either disabled or paused the automatic updates feature. 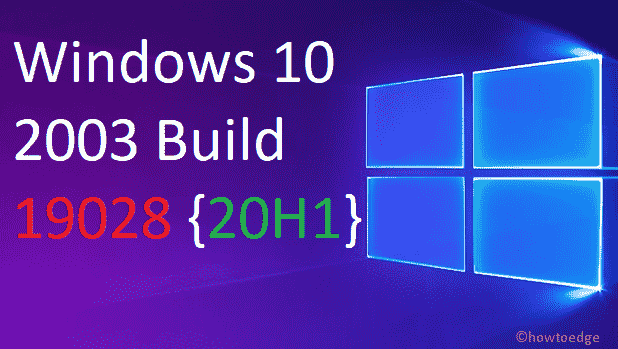