Microsoft Edge Dev build 80.0.328.4 is now out with a large list of reliability improvements and bug fixes. This update doesn’t come with any new features, however, it settled down an issue where a certain website was causing the Edge browser to crash on launch. It also fixes a problem where closing a tab might cause the browser to crash.

In addition to this, a Native ARM64 version is now available to be released from this week for Canary. Once the browser gets updated, it will run much faster and use a very small battery life on ARM64 devices. To get Microsoft Edge Dev 80.0.328.4 Build, go to the top right corner of the screen and click Setting and more (Alt+F) > Help & feedback. Now, click on About Microsoft Edge in the sub-menu. 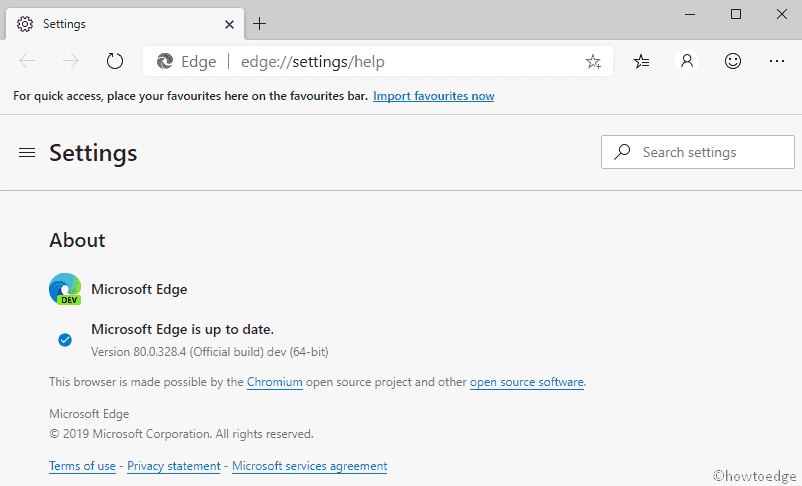 Here is the Changelog –

How to print hidden text in MS Word on Windows 10

How to solve Microsoft Store Apps installation issue on Windows 10