The update solves an issue where multiple attribute changes do not result in new Active Directory (AD) attributes being created during LDAP modification operations. Additionally, it resolves an issue with the Japanese Input Method Editors (IME) that causes text to be shown out of order, or for applications to move text cursors unexpectedly.

To resolve this problem, slipstream the LCU to the offline media before you slipstream the SSU in March 2021. This can be done using the SSU file found in the combined LCU and SSU package now used for Windows 10 versions 20H2 and 2004.

Microsoft is working on a solution to this problem.

You can fix this problem by using Known Issue Rollback (KIR). It may take 24 hours for the resolution to be propagated automatically to non-managed devices such as personal devices. 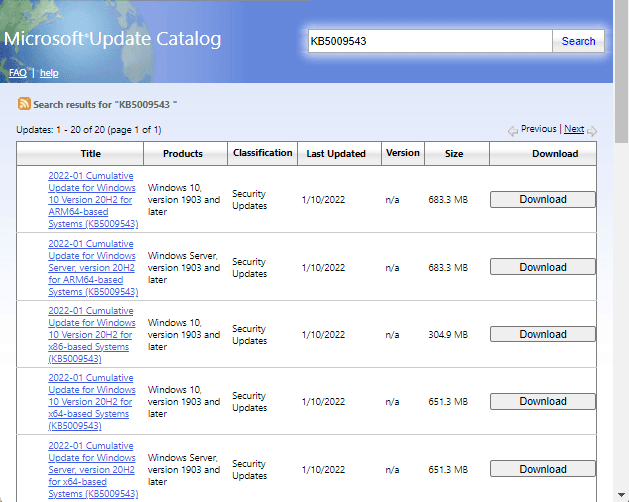 To download the KB5009543 security update, use the following steps:

This will download and install the update automatically. When it has finished downloading, restart your computer to complete the installation.

If the automatic search fails to locate the pending patch, use Microsoft Update Catalog instead. Here are the steps:

These are the configuration to get the update with WSUS –