After a recent security patch update on Windows 10, several users were facing Printer or Memory Leak issues on their devices. The tech giant developers worked upon these two and several other pending bugs and released an optional update “KB5006738” containing fixes to the above problems. 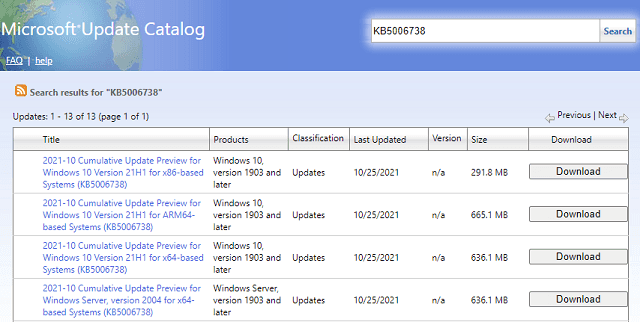 The key changes on this cumulative update are as follows –

How can you Get this Non-Security Patch update?

Considering so many recent updates causing several issues in Windows 10, there are users who have disabled automatic updates on their devices. If you haven’t, you will get this cumulative update automatically via Windows update.

In case you had blocked Windows 10 updates from occurring automatically, follow these easy steps to manually download and install the available update –

Known Issues on this update

Till the time of writing this article, there are no new issues that we faced on this non-security patch update. The issues that might occur are appearing since long back and Microsoft has provided some resolutions to them as well. Here’s a list of commonly occurring issues after installing KB5006738 on Windows 10.