September 2021 Security Patches are now available for all versions of Windows 10 at Microsoft Update catalog. In this post, we will discuss what comes new with KB5005573, the security patch for Windows 10 1607, known issues, and ways following which you may install it on your PC.

Though KB5005573 is the latest cumulative update of this Patch Tuesday, you will notice a few fixes and improvements that normally appear with non-security ones. Without delaying any more, let’s have a look at what comes new with OS Build update 14393.4651. 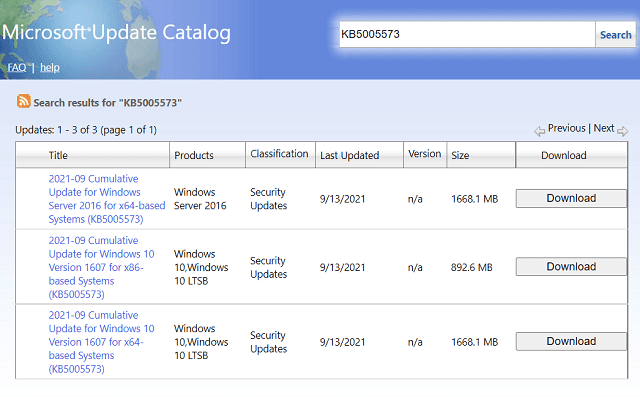 Since this is a security patch, this will improve the security of the whole Windows operating system. Apart from this, Microsoft also brings a few fixes and improvements which are outlined below –

How to get this Patch Update

Your system will receive this cumulative update automatically via the Windows update section. If you hadn’t yet received this security patch, navigate to the below location, and hit Check for updates –

Alternatively, you may also download its standalone package and install it manually on your computer. To do so, use these steps –

Note: By default, Microsoft offers a servicing stack update with each LCU. For the KB in the discussion, you may download and install KB5005698. 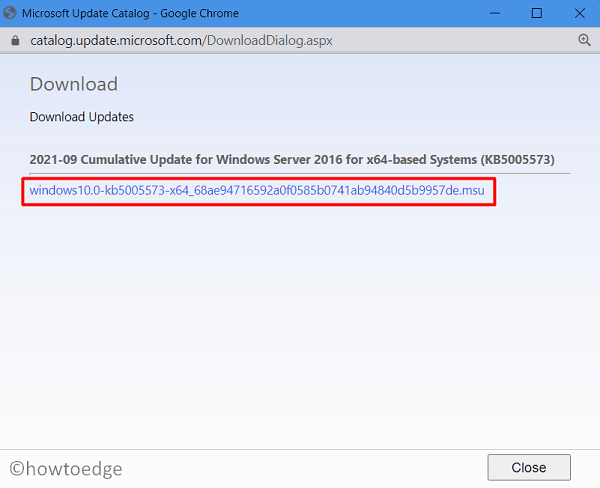 Known Issues on this Build Update

We have not yet come across any issue after installing KB5005573 on Windows 10 version 1607. Let’s know in the comment section if you do find any bug or issue.