Microsoft releases a new non-security update for Windows 10 21h1, 20h2, and 2004 users titled “KB5004945”. Though an out-of-band update is optional in nature, this patch is mandatory and will be downloaded automatically without even notifying you about it.

With this, the company is aiming to resolve a vulnerability inside the Print Spooler service. If left unresolved, a hacker can easily exploit the loophole to serve his/her purpose. Besides resolving the printing issue, this update increases the existing OS Build number to 1904x.1083 where, x varies from 1 to 3 for versions 21h1, 20h2, and 2004. 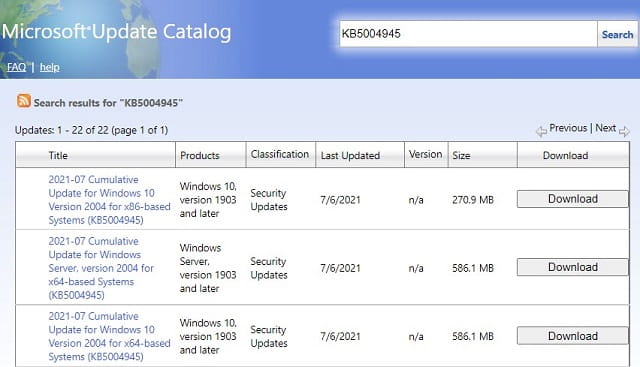 Since this is an out-of-band update, you may skip this as well. However, if you do install it, you will get the following fixes and improvements –

Note: Installing this will create a new entry on the registry i.e. “RestrictDriverInstallationToAdministrators”. One may edit this registry to prevent non-admin accounts from installing signed printer drivers on a print server. To know more about this CVE, read the knowledge base KB5005010.