Today is Patch Tuesday and you must be wondering if any new cumulative update becomes available for your PC or not. Well, Microsoft does release a cumulative update i.e. KB5003637 for Windows 10 versions 21H1, 20H2, and 2004. This is wholly a security patch, so don’t expect it to fix any existing bugs or errors on your computer.

As we stated earlier, we are going to discuss what’s new in this release, known issues, and ways to install it on your device. This is a successor of the update KB5003214 that came on 25th May. 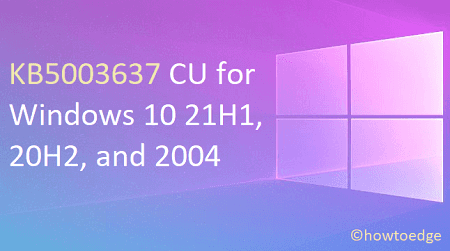 Since the changelog of this cumulative update is not available on the Microsoft official site, we are unable to fetch the same for you. However, we have listed a few that we have come to know till now –

So far, we have come to know the following issues on this cumulative update –

If you have already installed May 2021 SSU i.e. (KB5003173), you are supposed to do nothing. Else, visit Microsoft Update Catalog, and download/install this servicing stack update to your PC first. 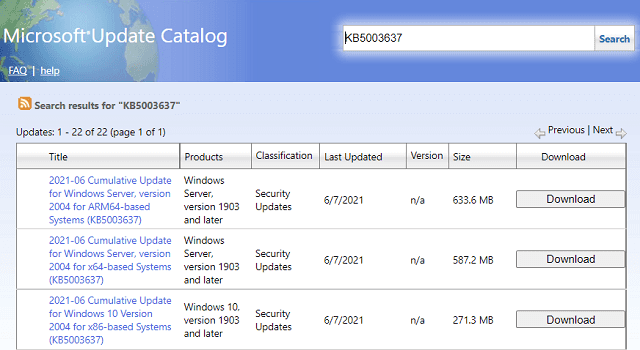 Alternatively, you may also get the KB5003637 update via the Windows Update section as well. All you require is to visit the below path and hit the Check for Updates button.

That would be all for now.