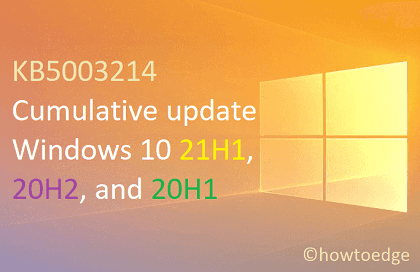 Known Issues on this Update

There’s no need to install any servicing stack update for this cumulative update to follow upon. However, you must install the May 11, 2021 update (KB5003173) before applying this optional update on your device.

After you downloaded and applied the above cumulative update, follow these steps to get KB5003214 – 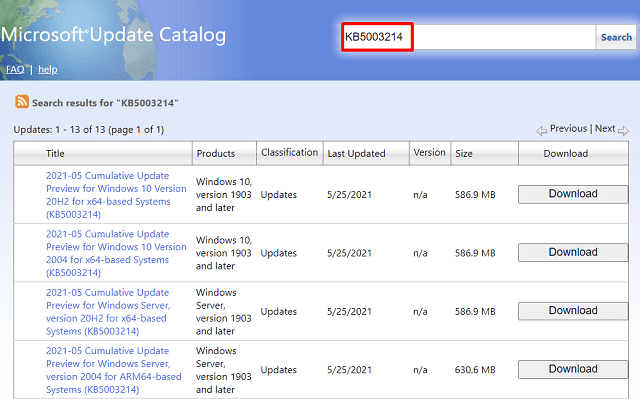 Alternatively, you may also get the cab updates of KB5003214 for different system architecture from here –

The above links are of the Windows 10 KB5003214 update with file format .cab. In case, you don’t know how to install cab files on your device, read this article.