The general fixes and improvements on both cumulative updates are alike to each other, so we have clubbed them together. Let’s explore the key highlights in detail – 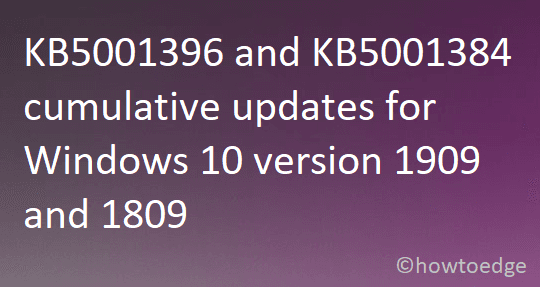 Note: This issue affects mainly 32-bit applications that are running on a 64-bit Windows 10 PC.

As of now, Microsoft is working on this issue and may provide a resolution in upcoming releases.

Learn how to fix it on your device.

The best way to download this optional update is from Windows update. To do so, browse to the below path, and hit Check for updates –

Alternatively, you may download the respective standalone package and later install it on your PC. However, make sure to first download and apply the latest servicing stack update on your device. Doing so will ensure the update process completes without getting into any bugs or errors.

Note: Download the non-security patch matching your system architecture so as to avoid any future complications.