Windows 10 receives a new cumulative update KB5000850 for devices running Windows 10 1909. This is a non-security update patch, brings some quality updates and improvements, and fixes to the device along with the OS Build 18363.1474. It covers a long list of fixes and changes that highlights some quality improvements and different update related issue.

Like every Windows Update, you can download and install this update in the form of an MSU file via the Update Catalog page. Let’s explore the key changes in detail – 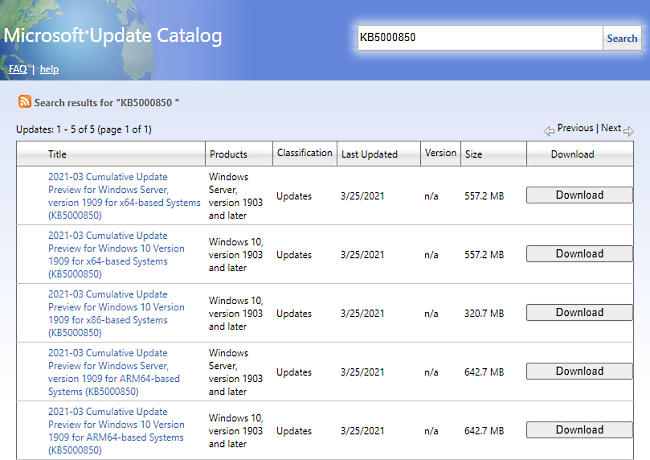 Before you proceed, make sure you have installed the latest SSU KB5001205. This post will show you two easy methods that will help you to download and install this update on your device. Here are the followings:

To download the update through Windows update, use the steps –

You can also get the update through the Microsoft update catalog. Here are the steps: