Since this is an optional update, you should not rush to download/install it on your computer. If only you are getting some bugs that get a resolution in this release, upgrade your PC to KB5000842. 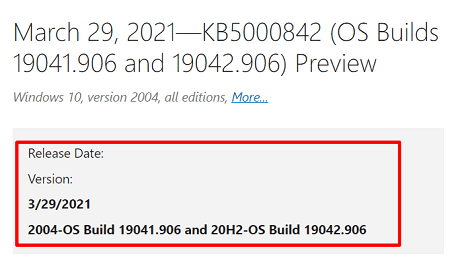 After installing this optional update, you may encounter any (or all) of the following issues –

As usual, you may get this non-security patch via either of the below channels. However, make sure to first install the recent servicing stack i.e. KB4598481 so that the update process finishes without getting into any bug or error.

That would be all.