You may get this patch update either via Windows Update, Update Catalog, or configuring parameters inside WSUS. Let’s explore the new changes and fixes in detail – 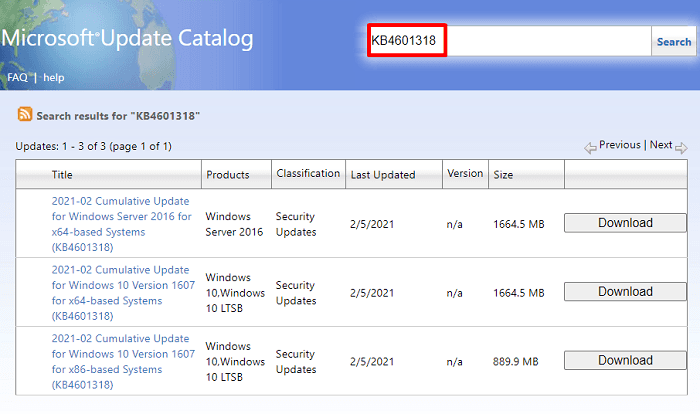 Apart from providing these quality improvements, KB4601318 provides security updates to the following –

You will not encounter any new bug after installing this security patch to your device i.e. Windows 10 1609. However, do remember to set any domain default “Minimum Password Length” policy to include 14 or fewer characters. In case of forgetting this constrain, there should appear a long persisting error i.e. “2245 (NERR_PasswordTooShort)”.

Before applying the KB4601318 cumulative update to your PC, make sure to first download and install the recent servicing stack update i.e. KB4601392. This will, in turn, ensure that the update process complete without getting into any trouble. Here are the three ways by which you may install the latest security patch for Windows 10 version 1607 –

Microsoft pushes new updates in separate batches to compatible devices. That’s the reason why a few users receive the update the moment it becomes available while the others have to wait for a few hours or days. If you haven’t yet received KB4601318 on your device, manually search for it using the below steps –

Microsoft uploads the standalone packages of each update at its official site. If the above search doesn’t reveal any new update, use this method –

In this method, you don’t need to manually download any file. Just configure your device as follows and the update occurs itself.