Microsoft releases an optional update to Windows 10 1909 users i.e. KB4598298. As of now, this cumulative update is available either via Windows Update or Update Catalog. There came plenty of new bug fixes and improvements along with updating the existing build to 18363.1350. 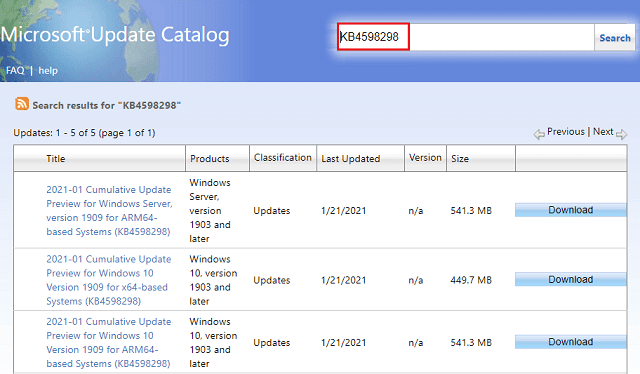 To know the complete list of fixes and improvements, see the release note provided at the end of this article.

Important Notifications by Microsoft for Windows 10 1903

You will not notice any new issue after applying this optional patch to your device.

In case you didn’t find this optional update following the above guideline, you may get the standalone package on the Microsoft Update Catalog website. Once you reach the official site, pick the update well-matching your system architecture, and hit the Download button.

When the download completes, open the folder containing this file, and double-click the setup file. Your PC may restart several times during Windows 10 update.