If you are on some other version of Windows 10, see the complete list of the latest cumulative updates by Microsoft. 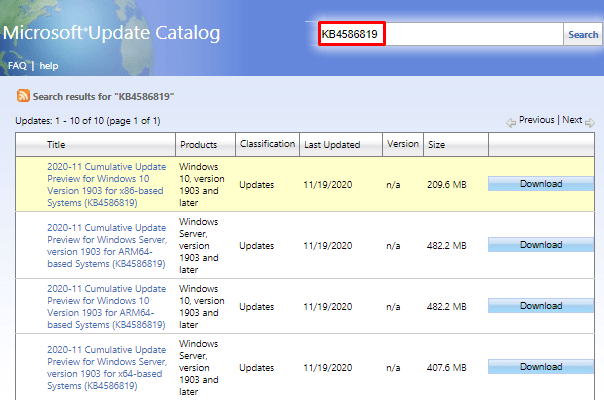 To see the complete list of fixes and improvements, visit the release note provided at the end of this post.

Known issues on this CU

If you plan to upgrade Windows 10 version 1809 to 1903 or 1909, the system or user certificates may get lost. This issue may arise if you have installed 16 Sept 2020 CU or later on your computer, however, didn’t install updates that came on or after 13 Oct 2020. The reasons arising this issue are as follows –

You will receive a notification regarding this KB4586819 update via Windows Update. If not, you may try either of the following ways –