A new cumulative update KB4580364 has been shipped by Microsoft for devices running Windows 10 version 20H2. This patch update is enrolled in the Release Preview and Beta channels of the Windows Insider program. Besides, it includes a list of fixes and changes for the upcoming feature update and increases the version number of 20H2 to build 19042.608.

You can download KB4580364 Windows 10 20H2 cumulative update through the automatic Windows update. 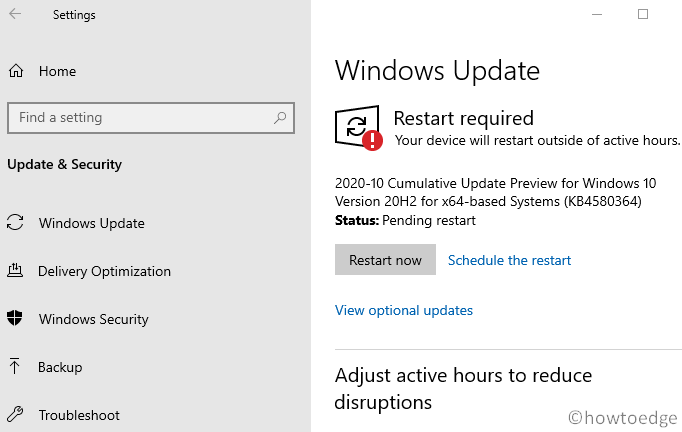 Microsoft has released some more fixes with this update. You can visit the Windows Blog page if you want to see all the fixes and improvements arrived with Windows 10 20H2.

To get this cumulative update, users must have subscribed to the Windows Insider Program Beta or Release Preview channels (previously Release Preview Ring). If you’re on any of these two channels, you will get the new updates via Windows Updates automatically. In case you require the update immediately, follow the below steps: