Sept 2020 security updates are now available at the Microsoft Update Catalog for all Windows 10 versions. The company had recently introduced several bug fixes on Windows 10 version 2004 through a non-security patch. Now, installing the KB4571756 cumulative update will correct any security-related concerns on the computer.

As usual, the operating system will detect this patch automatically. If you haven’t restricted the Windows update section via any means, KB4571756 gets downloaded and installed on the computer. Once over, there appears a notification prompting to restart the device. Hit the same and enjoy the upgraded 20H1 version. 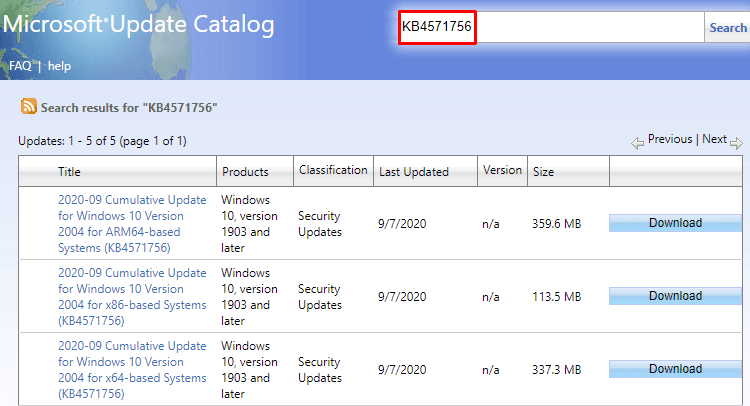 No new bugs on this cumulative update. In case the IME editor doesn’t work after applying this security update, uninstall and reinstall the language packs. The error is specific to Japanese and Chinese IME editors. To know more, please see KB4564002.

Note: Before applying the latest cumulative update, make sure to download and install the related SSU to your device. This, in turn, ensures the whole update process completes successfully.

Now that you have installed the appropriate SSU, get the Sept security patch from any of the below channels –