Microsoft releases another new cumulative update KB4571694 for Windows 10 series 1607 on the August Patch Tuesday. This is basically a security update that increases the build version of Windows 10 1607 to 14393.3866. With this patch, the Microsoft team works on the problem related to Universal Windows Platform (UWP) apps and Remote Server Administration Tools (RSAT). Furthermore, you will get the security improvement for Microsoft Edge, IE, and some input devices like mouse & keyboard.

You can either download the KB4571694 update manually or let the Windows Update do it for you. If your computer fails to receive the update, you can download the security patch manually. To do that, open Windows Settings (Win+I) > Update & Security > Windows Update. Then, go to the right pane and click Check for updates. 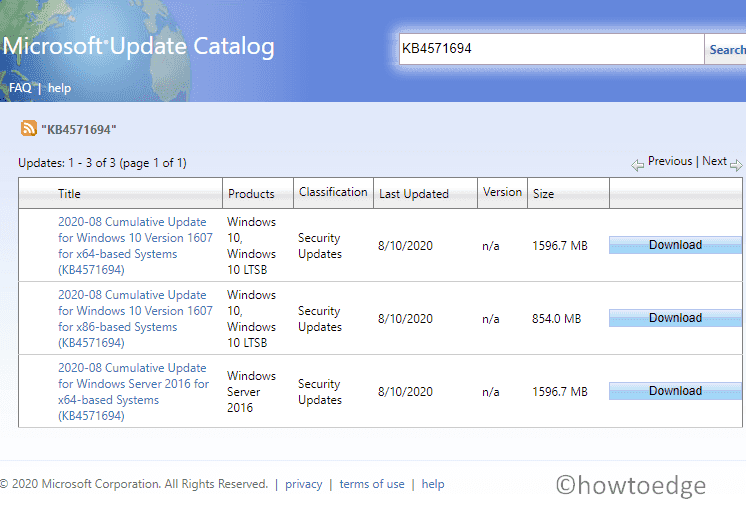 The key highlights of the KB4571694 cumulative update are as follows – 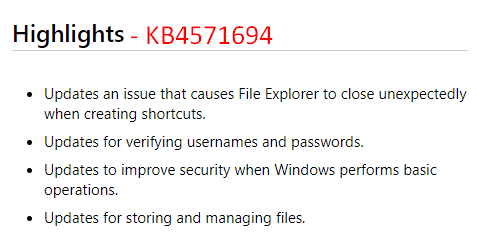 Issue: It has been noted that the error 2245 (NERR_PasswordTooShort) starts occurring after installing the  KB4467684 patch. According to Microsoft, you should continue to use 14 or fewer characters while setting a “Minimum Password Length” policy.

Sol: As a workaround, set the domain default “Minimum Password Length” policy that would be less than or equal to 14 characters. Microsoft team is currently working on a resolution and will provide it in an upcoming release.