Microsoft releases a patch KB4567512 to fix the last Tuesday’s cumulative update. This is basically a non-security update that can resolve the printer-related troubles on Windows 10 version 1903 and 1909. Additionally, this also addresses the “Print spooler not working” and the “app closing unexpectedly” issues.

Windows 10 users won’t receive a notification regarding the installation of this file via Windows Update. Neither they upgrade their PCs using Windows Server Update Services. What you can do is visit the Update catalog, search for this, and manually download the .msi file. 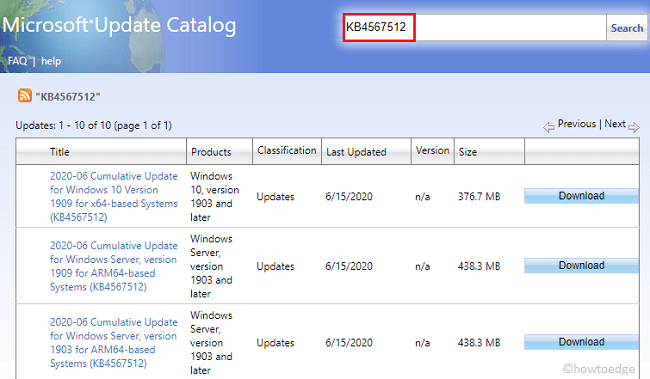 Note: The Build 18363.904 includes all the improvements that came on Build 18362.904. No additional issues were documented for this release.

Issue – After installing this patch, Windows 10 users won’t be able to access the Internet via a wireless wide area network (WWAN) LTE modem. However, you will still notice a signal implying that “you are still connected” under the notification area.

Sol – They are working on a resolution and will provide a solution in an upcoming release.

Before proceeding ahead, make sure to run the latest servicing stack i.e. KB4560959 on your device. Doing so makes the update process smooth and effective. Users won’t receive this patch update via either Windows Update or WSUS. To apply this cumulative update, you need to manually download and install the standalone package. Here’s a direct link to this Tuesday patch update.