By default, you will receive a notification regarding the KB4550945 CU through the Windows Update section. In case, you don’t receive any message, you may visit the Update Catalog and download/install the standalone package. To check the complete list of the recent releases by Microsoft, visit Windows 10 Cumulative Update-List. 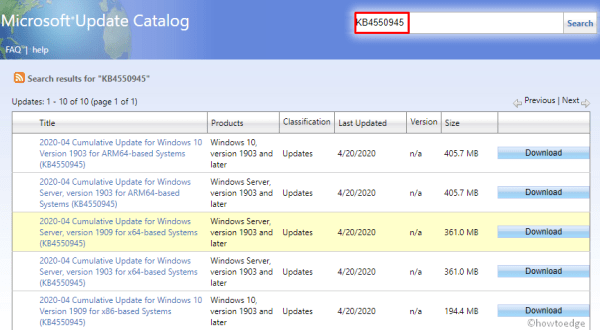 Besides the above changes, it addresses several other issues as well. They are as follows –

We have covered here the new features and improvements by Microsoft. To know the pre-existing fixes, read the release note provided below.

By far, the company is not aware of any known issues on these build versions.

In order to download and apply this non-security patch on your device, go through any of the below channels –

Note: This update is not available on Windows Server Update Services.