Users may download these cumulative updates in the form of an MSU file format visiting the Update Catalog Site. Besides, there are a few known bugs as well to which Microsoft will soon provide a permanent resolution. Installing this update will fix the security concerns that prevail owing to malicious attacks now and then. Let’s explore the new fixes and features in detail – 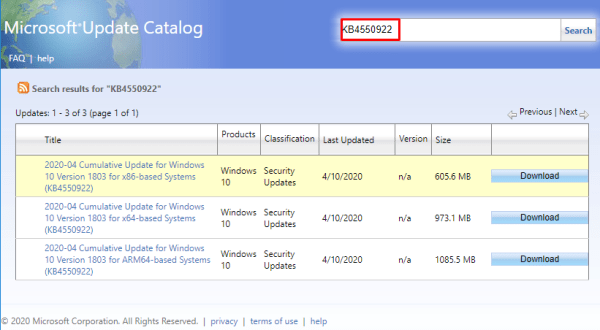 Sol – Since this is related to Asian language packs, uninstalling then re-installing may resolve in certain cases. If not, you need to reset your PC visiting Settings app > Recovery. While doing so, make sure to select the Keep my files checkbox.

Issue – You won’t be able to install apps that are published using a group policy object. This affects the installation of .msi files only, you may install any other apps visiting the default Microsoft Store.

Sol – As long as you don’t receive an update regarding this issue, manually install the particular app on your computer.

Before proceeding to download and install the LCU for Windows 10 1800 series, make your system compatible with its servicing stack updates. Doing so will ensure the smooth update process. The respective SSUs are as follows –

Now, you can head over to the below section and download the respective security patch update for 1809 & 1803.

2. Standalone Package – If you don’t want to wait, you may go to the Update Catalog and download the respective update file. The direct links are provided below –

Note: Just make sure to check the system architecture before clicking on the Download button. 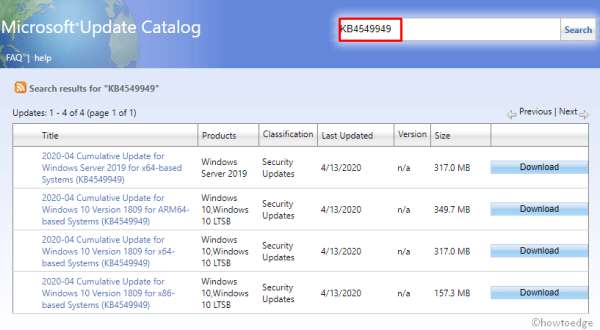 3. Windows Server Update Services (WSUS) – This update syncs with WSUS automatically if you configure Products and Classifications as follows –