Microsoft rolls the second cumulative update of this year (2020) for Windows 10 1607 that enhances its build number to 14393.3474. This is a non-security patch that contains quality improvements for IMEs, RDs and addresses several issues and errors. Besides, installing KB4534307 on your device evaluates the compatibility status of the Windows Ecosystems.

This non-security cumulative update addresses the “MAPI_E_NOT_ENOUGH_RESOURCES” error. In addition to this, it improves AppMonitor reliability and fixes the AppContainer Firewall issue as well. A few bugs do appear on this patch as well to which Microsoft provides temporary solutions. There are 3 different channels through which you can download this; you may access this month’s complete release list at Windows 10 Cumulative Updates. 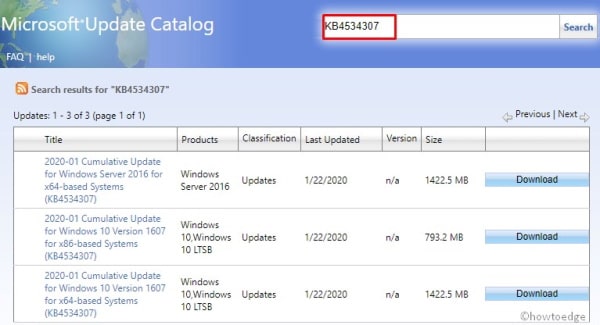 The key changelogs are as follows –

Improvements on IMEs and RDs

Note: The company is currently working on a resolution and will provide the same in an upcoming release.

Note: Before proceeding ahead, install the latest servicing stack i.e. KB4520724 on your PC.  This will ensure the smooth upgrading of the existing operating system to the Build 14393.3474.