Microsoft rolls out another cumulative update KB4530717 to provide additional protections against malicious attackers for Windows 10 1803. Along with some fixes and improvements, the December security update upgrades the existing OS to build 17134.1184. With this overview, they also improve the issues related to the Windows on Arm. Furthermore, a few known issues are available here, which they promise to work upon them in the upcoming days.

Users are able to download KB4530717 as an MSU file format from the Microsoft update catalog site. However, at some point, they’ll be installed by itself even if you don’t go to install it. You can also access the complete patch list on Windows 10 Cumulative Updates. Go to the below section and explore the information related to fixes, improvements, and issues. 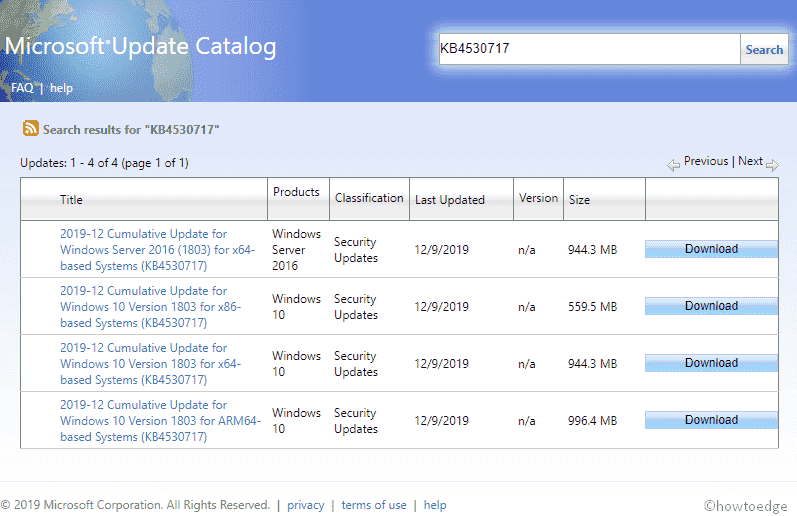 General Fixes and Improvements for KB4530717

This patch having Build 17134.1184 is actually a bug-fixing update that carries no new feature to the OS. Here are the key changes –

Before applying the KB4530717 patch to your Windows 10 version 1803, make sure to first install the latest SSU i.e. KB4523203. This ensures the operating system gets updated smoothly and effectively.

Once you have applied the recent servicing stack, download and install the cumulative update for version 1809 from any of the following channels –