Windows 10 19H1 receives another patch update KB4529943 for the Unified Update Platform. The company rolls this cumulative update for only those devices that take part in the UUP preview. As this came for testing purposes only, one should not opt to install this on PCs that don’t participate in the UUP preview programs.

Microsoft experts have earlier announced that they are planning to switch the Windows update to the Unified Update Platform so as to minimize the average size of monthly updates. They even illustrated that doing this will improve the delivery as well as deployment time of updates that are yet to come.

If believed the team analysis, this will cut short the updates size by 35% which is quite good. The new platform also ensures transferring packages in bits that have altered recently. 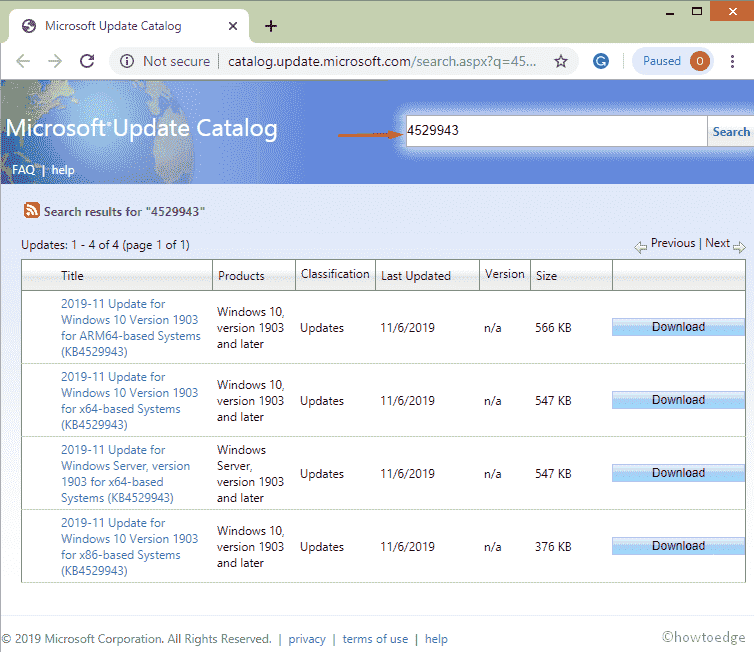 As of now, the company has not revealed any information as KB4529943 is not available for non-preview users.

Microsoft stated clearly that only devices that are enrolled for testing under UUP should install this release.

If one wishes, he/she can download the .msi file and install the same on his/her non-participating system. However, we suggest not to do this as this patch update is going to appear for all architect-based PCs.

Till the time of writing this article, Microsoft is not aware of any known issues on this cumulative update.

This update came for UUP preview testing purposes only. It is thereby recommended not to install this patch “KB4529943” on devices that are not being used for this testing.

Get the Standalone package.