On Patch Tuesday, Windows 10 has received the first overview of 2020 as a cumulative update KB4528760. This security update increases the version number of Win 10 1909 to 18363.592 and that of Win 10 1903 to 18362.592. Along with not a single issue, the build is released with a small number of fixes and improvements. Working on the peripheral devices, the company also improves security related to storing and managing files.

You can either download the KB4528760 update manually or let Windows do it for you. The manual installation is another option that can be used when you fail to get the patch. To do this, simply open Windows Settings (Win+I) > Update & Security > Windows Update. After that, move to the right pane and select Check for updates. To check the complete list of the patch, open Windows 10 Cumulative Updates. 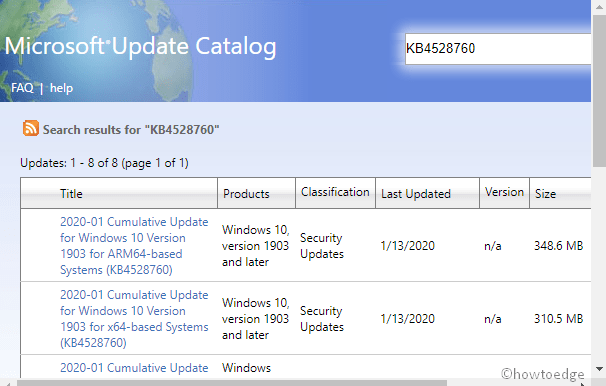 General Fixes and Improvements for KB4528760

According to the company, If you installed the previous updates then there is a need to download and install only the new fixes included inside the update.

You will auto receive the new patch update  KB4528760 on your respective Windows 10 version 19H1 through Windows Update. Additionally, you may download the patch update manually as well by visiting the following address –

After that, click on the Check for Updates button.

If you configure Products and Classifications as described below, KB4528760 will auto-synchronize with WSUS.