Microsoft rolls the KB4524570 patch update for Windows 10 19H1 that enhances the existing OS to build 18362.476. As described earlier, there won’t be any separate full release of the 1909 operating system. Both 19H1 and 19H2 share common core working principles and set of system files. Hence, one can update the Windows 10 19H1 to Build 18363.476 (1909) after installing a separate cumulative update bearing the same name.

As soon as you install the enablement package that KB4524570 contains, it triggers the dormant features so that they come into effect. From today onward, each Tuesday patch will contain a list of resolved bugs for both 19H1 as well as 19H2 versions. Though, 1909 version will comprise the fixes for 1903; the vice-versa is not true. Let’s explore this cumulative update in detail- 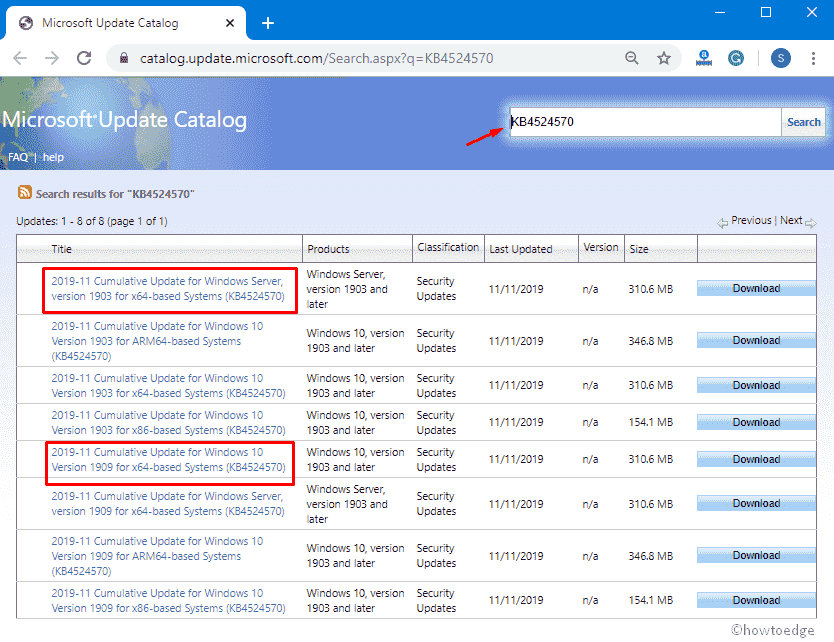 Here, we illustrate the new fixes and enhancements that came along with this release separately for both the 1903 and 1909 versions.

The key changes are as follows-

The key features of this security update “KB4524570” are as follows-

You will auto receive the new patch update KB4524570 on your respective Windows 10 version 19H1 through Windows Update. Additionally, you may download the patch update manually as well by visiting the following address-

After you reach the above path, press the Check for Updates button.

If you configure Products and Classifications as described below, KB4524570 will auto-synchronize with WSUS.