Microsoft rolls KB4522355 cumulative update for Windows 10 19H1 users which upgrades the existing 1903 OS to Build 18362.449. The Company introduces several new fixes and enhancements for Start & Search, Microsoft apps, Magnifier, AppLocker, and .exe apps. Besides, the team resolves error messages like code: -2147483645, 1359: an internal error occurred, and others on this non-security patch.

Users can get the KB4522355 by checking for updates under the Windows Update section. They may also install the patch by downloading offline installers. The experts address a long-time occurring error that hampers CPU usage. In addition to these; Start menu, the Cortana Search bar, Tray icons will respond more smoothly after installing this 24th Oct patch. Let’s explore this cumulative update in detail- 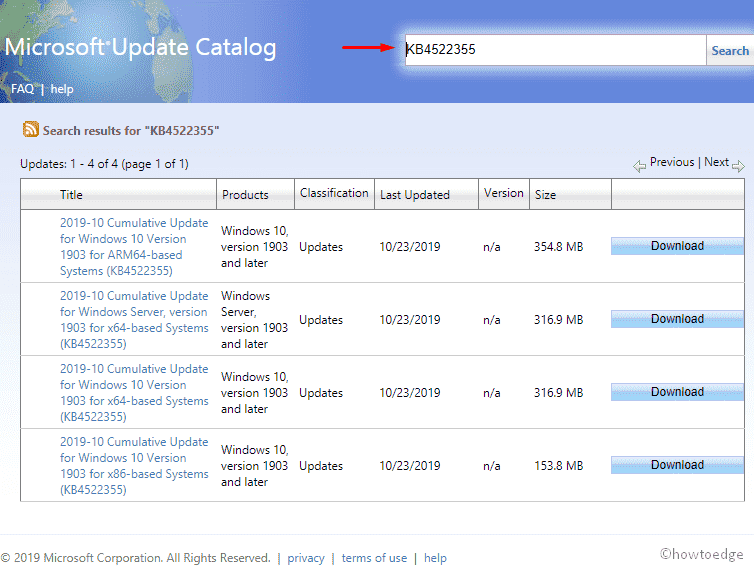 General Fixes and Improvements on KB4522355

.Exe and other Application Fixes

At present, the company is not aware of any issues with this KB4522355 cumulative update.

You will auto receive the new patch update KB4522355 on your respective Windows 10 1809 series PCs through Windows Update. Additionally, you may download the patch update manually as well by visiting the following address-

If you configure Products and Classifications as described below, KB4522355 will auto-synchronize with WSUS.