Microsoft unveils cumulative update KB4520062 that brings non-security patches for Windows 10 1809. This Tuesday patch upgrades the existing OS to build 17763.832 along with new fixes and improvements. As per the company, they improve the issues related to the blank tiles in Start, Language machines, ReFS, LDAP, Win32_LogonSession query, etc. The team has also pushed out a few known issues which they promised to work upon them in the forthcoming days.

Users can get the KB4520062 by checking for updates under the Windows Update section. They can also install the patch by downloading offline installers. The company resolves a long-time occurring error that decreases CPU utilization. In addition to the above, there appears MSCTF.dll components and compatibility issues of Ecosystems. Further, here is the complete list of Windows 10 cumulative updates. 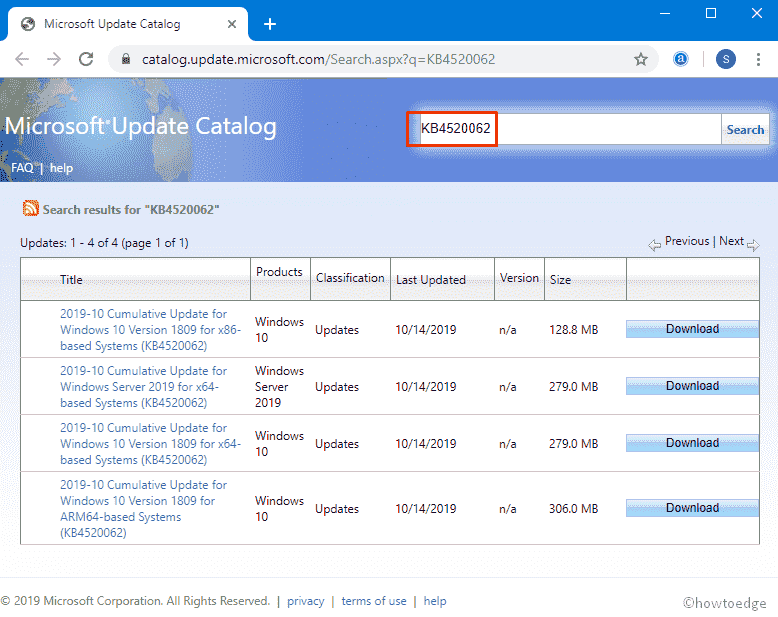 Here are the key features that came along with this new cumulative update on 15th Oct, 2019-

Note: The company is working on all the fixes discussed above for a resolution and will bring the same (if developed) in future releases.

You will auto receive the new patch update KB4520062 on your respective Windows 10 1809 series PCs through Windows Update. Additionally, you may download the patch update manually as well by visiting the following address-

If you configure Products and Classifications as described below, KB4520062 will auto-synchronize with WSUS.