Microsoft brings a new cumulative update KB4519338 for Windows 10 1809 users on 8th October 2019. This is basically a security patch that takes the existing OS to build 17763.806 along with updating IE, Edge, and Windows Components. Furthermore, KB4519338 addresses a printing issue that some users have recently encountered in the previous build. 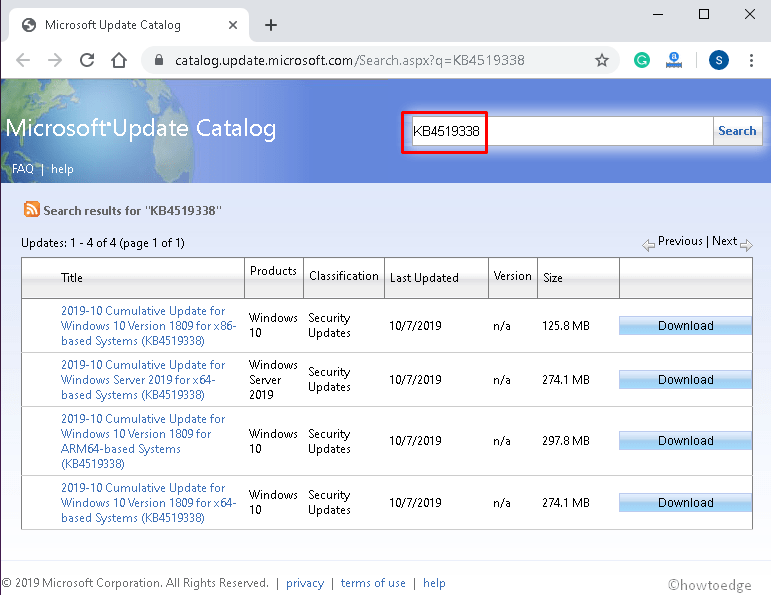 Here, we depict the key features that came along with the KB4519338 security update-

Note: Microsoft is working on a resolution and will provide an update in an upcoming release.

We suggest you download the KB4521862 servicing stack update before proceeding to install the latest cumulative update. KB4519338 also ensures no bug appears during the whole update process. You may get this patch update through following ways-