Microsoft rolls KB4516066 for Windows 10 1709 users which, in turn, updates the existing OS to build 16299.1387. This patch upgrades several Windows components, services, and IE-11 web-browser. Apart from the above changes, this even improves the security concerns over network technologies and input devices.

KB4516066 updates the verifying user names and passwords attribute onward this cumulative update. Moreover, this even renders support against a new subclass Microarchitectural Data Sampling and its vulnerabilities. The experts have suggested temporary solutions to a few known bugs and promised to fix them in an upcoming release. Let’s explore this in somewhat more detail- 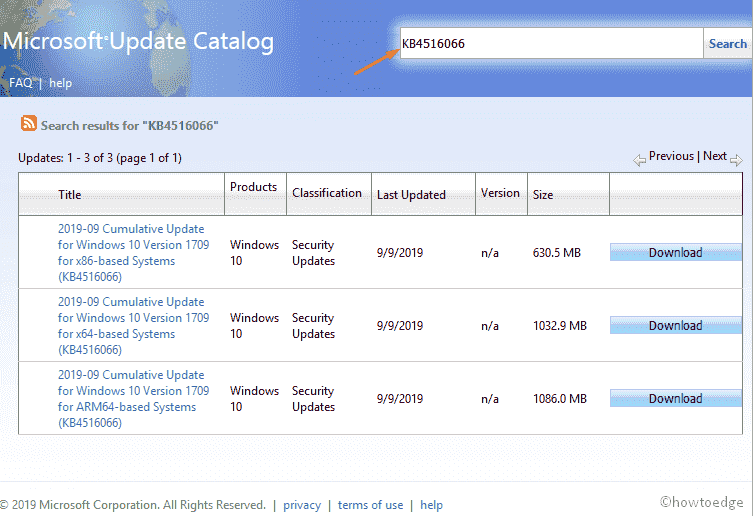 After upgrading the existing issue to Build 16299.1387, you may face this only issue. Owing to this bug, you won’t be able to perform certain operations like renaming files and folders on a Cluster Shared Volume. There appears an error message while doing so-

Solution: This bug comes into effect while using a CSV owner node that doesn’t have the administrative privilege. Hence to address this issue, you must follow any of the solutions discussed below-

The Company is working on a resolution and will provide an update in an upcoming release.

Before proceeding ahead, make sure to install the latest SSU KB4512575 so as to prevent any errors during the update process. Once you run the servicing stack, you may download the latest cumulative update from three different channels. They are as follows-