Microsoft rolls KB4516044 for Windows 10 1607 users and the same updates the existing OS to build 14393.3204. This patch is basically a security update that upgrades several Windows Components along with IE-11, network technologies. In addition to the above, this updates input devices as well such as a mouse, keyboard, or stylus.

Apart from security concerns, KB4516044 improves the vulnerabilities that occur during Microarchitectural Data Sampling. Last but not least, this patch works upon storing and managing files trouble. The team is constantly working to eliminate a few known issues that do occur on Build 14393.3204. To know more about cumulative updates, you can check out the complete catalog of the patches. 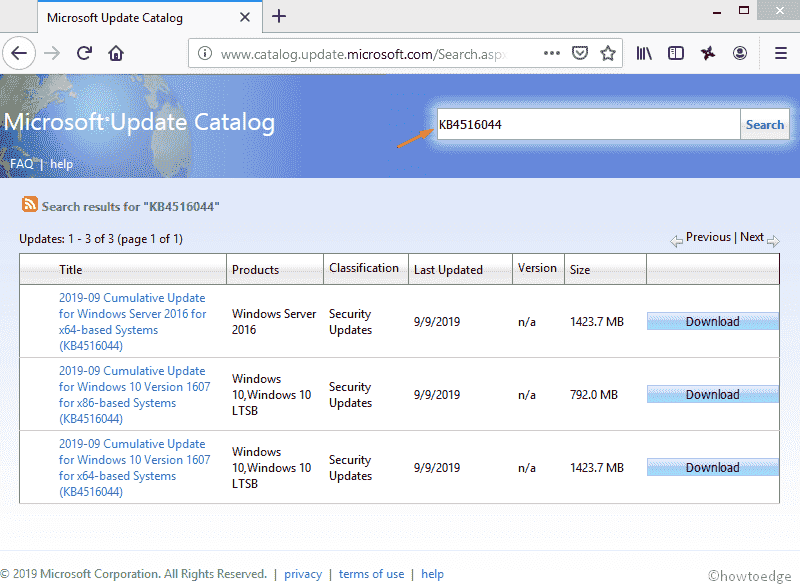 Here, we depict the key changes that came along with KB4516044 cumulative update-

These are the common issues that appear on this cumulative update –

You will auto-receive a notification regarding KB4516044 patch update. You may also download the .msi file by visiting the Microsoft Update Catalog website. However, make sure to download and install the latest SSU i.e. (KB4512574) beforehand so as to avoid any in-between bugs during the update process.

Alternatively, you may navigate to the following path to download this manually-