With this patch update, you will receive the quality enhancements but no new operating system features. Besides, you can download KB4515384 as .msi files by visiting the link provided at the end of this guide. However, the company is not currently aware of any issues with the update which is shipping today. Let’s get to the changelog. 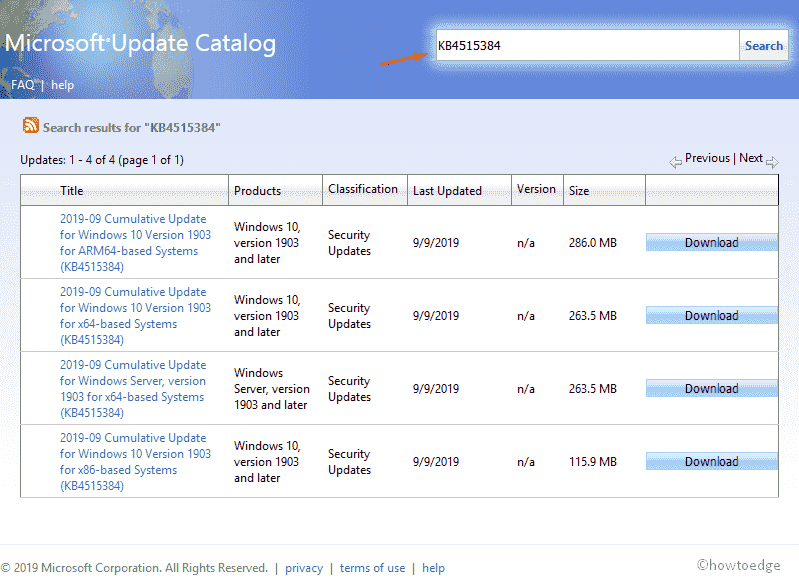 General Improvements and fixes on KB4515384

How to get this cumulative Update

Before downloading this security patch KB4515384, do run the current SSU on your PC. The latest servicing stack for this patch is KB4515383.

Besides, you will receive a by default notification regarding this patch update through the Windows Update section. However, you can download its standalone package manually through the Update Catalog.