Microsoft rolls KB4512578 for Windows 10 1809 users which, in turn, updates the existing OS to build 17763.737. By default, this patch upgrades several Windows components, services, and IE-11 web-browser. In addition to the above changes, this even improves the security concerns over network technologies and input devices.

KB4512578 updates the verifying user names and passwords attribute onward this cumulative update. This even bestows support against a new subclass Microarchitectural Data Sampling and its vulnerabilities. The company has provided temporary solutions to a few known bugs and promised to fix them in an upcoming release. Let’s explore this in somewhat more detail- 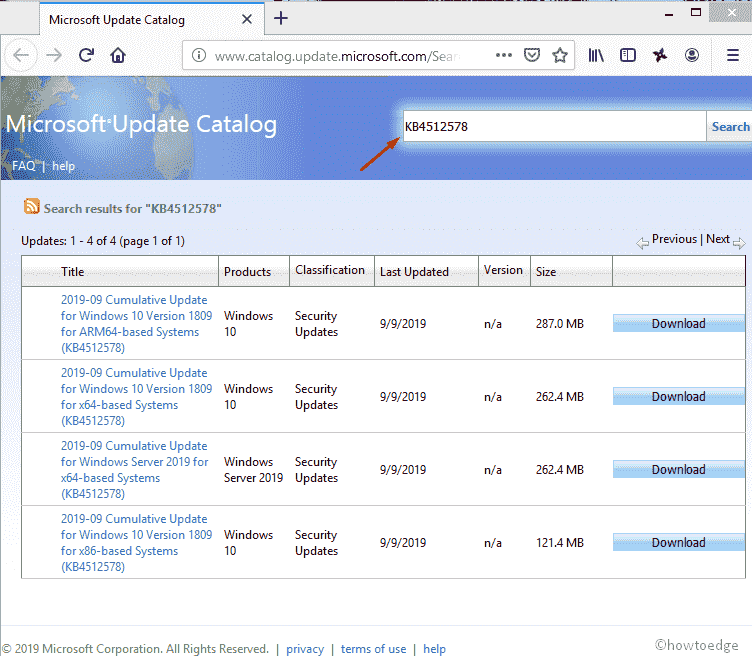 Here, we depict the key changes that came along with KB4512578 cumulative update-

There are no new bugs on this cumulative update. To get the pre-existing issues, you can read our previous tutorial.

You will auto-receive a notification regarding the KB4512578 patch update. Moreover, you can also download the standalone package by visiting the company’s official website. However, make sure to download and install the latest SSU i.e. (KB4512577) beforehand. This is to avoid any in-between troubles that arise during the update process.

Alternatively, navigate to the following path and save a copy for yourself-

Here, switch to the right pane and hit the Check for Updates button.