Microsoft has rolled out KB4512534 cumulative update for Windows 10 1809 users which updates the existing OS to build 17763.720. Moreover, they provide security updates for Windows Hello face recognition, copyrighted digital media, and many others. The company also releases a few known issues such as Error code – 0x800f0982 – PSFX_E_MATCHING_COMPONENT_NOT_FOUND and others.

The team has granted temporary solutions to these and promised to work upon them in the forthcoming days. Besides, you can download KB4512534 as .msi files by visiting the link provided at the end of this guide. Today, in this tutorial, we guide on how to incorporate the improvements associated with the build 17763.720. Here is the complete catalog of  Windows 10 cumulative updates. 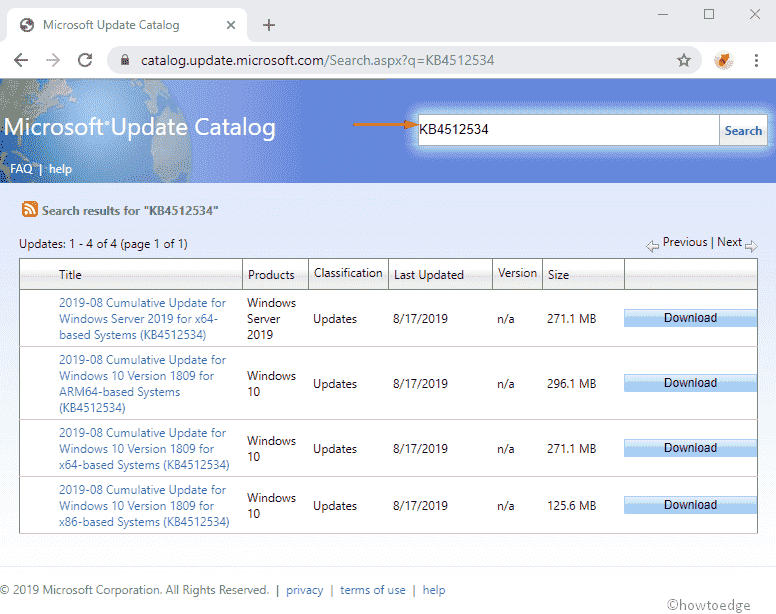 General Improvements and fixes on KB4512534

This non-security update doesn’t cover any new features rather comprises only the quality enhancements. Here are the Key changes-

In addition to these fixes, Windows 1809 may also receive an “Invalid procedure call” error as well.

Before downloading this non-security update, do run the current SSU on your PC. This, in turn, will make sure that this process remains smooth and error-free. The latest servicing stack for this patch is KB4512937.

By default, you will receive a notification regarding this patch update through the Windows Update section. Although, you can download its standalone package manually through the Update Catalog.