Microsoft rolls KB4512516 cumulative update for Windows 10 1709 users which in turn updates the existing OS to build 16299.1331. This patch update comprises two major improvements. The first one resolves the Windows devices issues that arise when a domain is configured to use MIT Kerberos realms.

Furthermore, the company provides security updates for web-browsers, Windows components, and its core services. There is no change in known issues as compared to the last update for version 1709. Let’s discuss the new fixes and attributes in more detail- 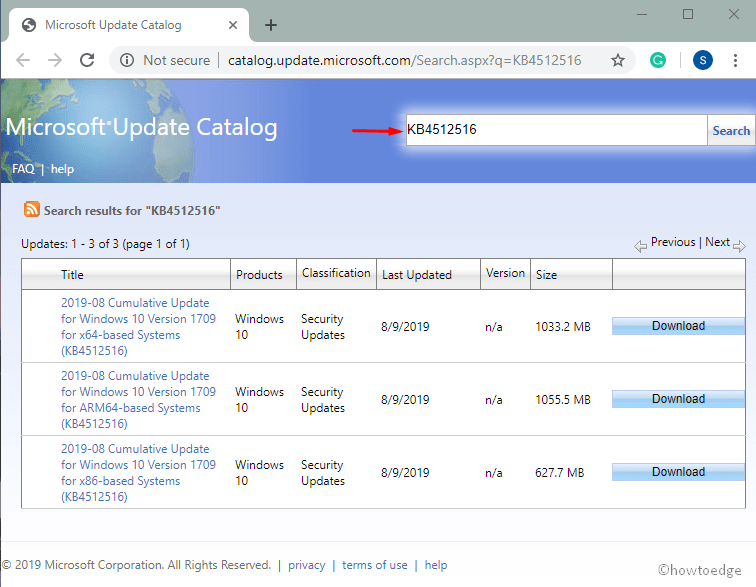 General Improvements and fixes on KB4512516

Here are the known bugs on this cumulative update-

How to get this patch update

Before downloading this security update, do download and install the current SSU for your PC. This, in turn, will ensure that the update process completes without any error. The latest servicing stack for this update is (KB4509093).

By default, you will receive a notification regarding this patch update through the Windows Update section. Additionally, you can download its standalone package manually through the Update Catalog.