Microsoft unveils KB4512501 cumulative update for Windows 10 1803 users which updates the existing OS to build 17134.950. With this patch update, there arrive security patches for Windows components such as -, Microsoft Edge, Bluetooth, networking technologies and others

Microsoft technician resolves the devices connected to a domain (MIT Kerberos realms ) issue as well. There are some known issues on this release which will come into effect after installing this KB4512501 update. Let’s explore them in detail- 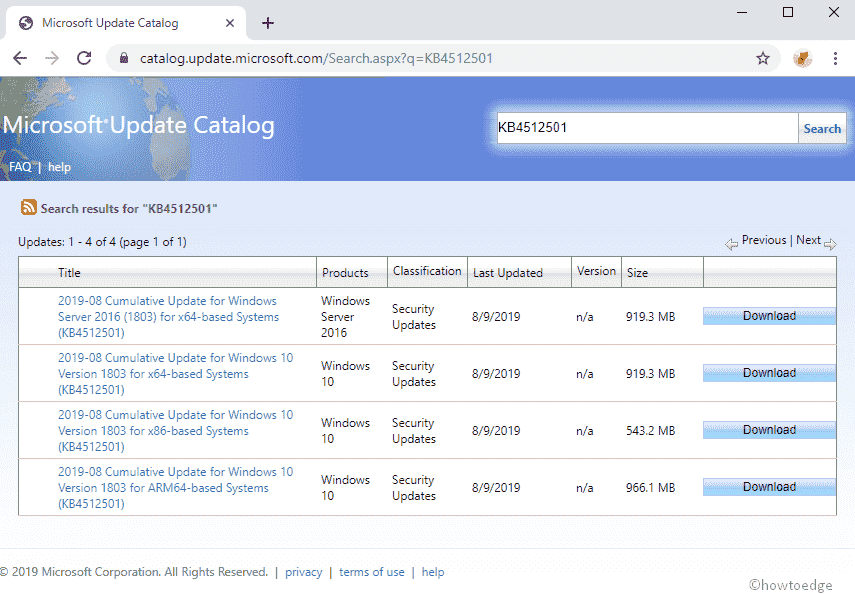 General Improvements and fixes on KB4512501

How to get this patch update

Before downloading this security update, make sure to download and install the current SSU for your PC. This, in turn, will make sure that this process remains smooth, stable, and error-free. The latest servicing stack for this update is (KB4509094).

By default, you will receive a notification regarding this patch update through the Windows Update section. However, you can download its standalone package manually as well through the Update Catalog.