Microsoft unveils KB4507435 cumulative update for Windows 10 1803 which updates this OS to build 17134.885. With this patch update, the company brings security updates for Wireless technologies, Edge web-browser, Internet Explorer, and Microsoft Office products. In addition to this, the team also updates an anomaly that exists with the BitLocker encryption recovery mode.

There are some known issues as well on KB4507435 cumulative as well of which some are of re-occurring nature. Microsoft has provided temporary solutions to these and promised to work upon them in the near future. They also ensure its users to bring some effective solutions on an upcoming release. Today, in this blog post, we guide on how to incorporate these features efficiently on your PC. Aside to this, you may have a look at the complete list of Windows 10 cumulative update. 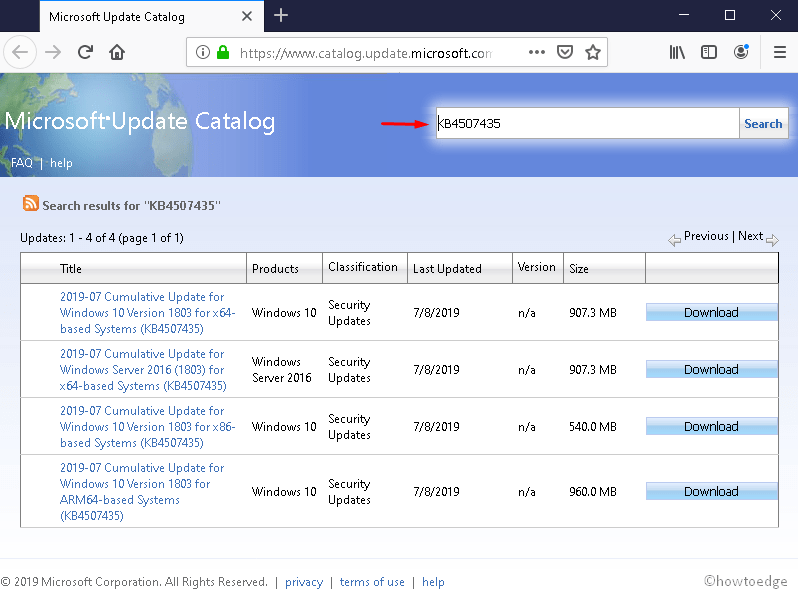 Fixes and Improvements for Windows 10 1803

Here are the key issues that appear with this cumulative update-

At first, do download the latest SSU (KB4509094) on your System before applying the current latest cumulative update.

Further, you can have this new KB4507435 patch update automatically for your PC through Windows Update. In case, you don’t want to wait, browse to the following address and download the cumulative update-

Once you reach to the above destination, press Check for updates option.