Microsoft shipped KB4505903 cumulative update for Windows 10 1903 users which will take the existing build to 18362.263. This update brings two remarkable fixes for the limited number of users (insiders in the Release Preview ring). The two dominant issues which have been resolved with this patch are- emoji bug and taskbar auto-hide. In this context, the company also introduced a new System Stack Update (SSU) for version 1903. 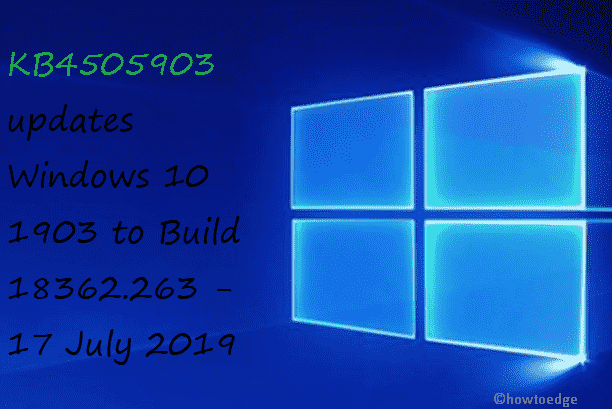 Fixes and Improvements for Windows 10 1903