On 22nd July, Microsoft brings KB4505658 cumulative update for Windows 10 1809 users. This patch upgrades the existing OS to Build 17763.652. With this update, they provide the security updates for App permission settings, Window-Eyes screen, CrashOnAuditFail scenarios, and many others. Moreover, the company also reveals some known issues such as- STATUS_BAD_IMPERSONATION_LEVEL (0xC00000A5), Black Screen, and others.

Microsoft team has provided temporary solutions to these and guaranteed to work upon them in the forthcoming days. Aside to this, you can download KB4505658 as .msi files by visiting the link provided at the end of this guide. Today, in this tutorial, we guide on how to incorporate the improvements associated with the build 17763.652. Here is the complete catalog of  Windows 10 cumulative updates. 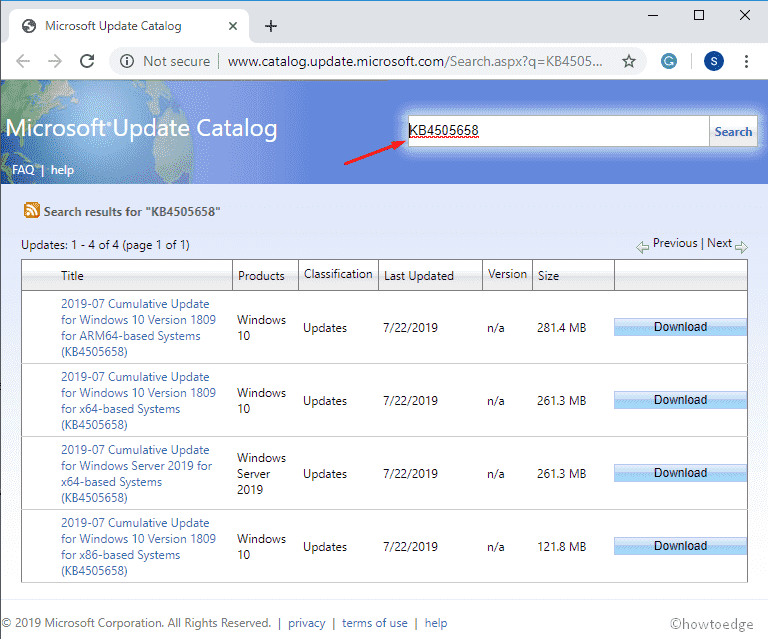 Before proceeding to download and install this patch update, make sure to apply the latest SSU i.e. (KB4512937) on your PC. The recent servicing stack update will ensure that nothing goes wrong during the upgrade process. You can search the same on Microsoft Update Catalog as well.

Here, we have depicted three different ways to download its .msi file on the table provided below-

How do I manually recover deleted User Profile in Windows 10