KB4505056 comes as a relief for Windows 10 1809 users as this addresses the access to gov.uk domain bearing websites issue. This bug comes into picture only when websites don’t support HTTP Strict-Transport-Security commonly known as HSTS.

In addition to the above improvement, KB4505056 cumulative update enhances the build of the current 1809 OS to 17763.504. Here, in this post, we discourse the general fixes, known issues and how to acquire this patch update on your System. 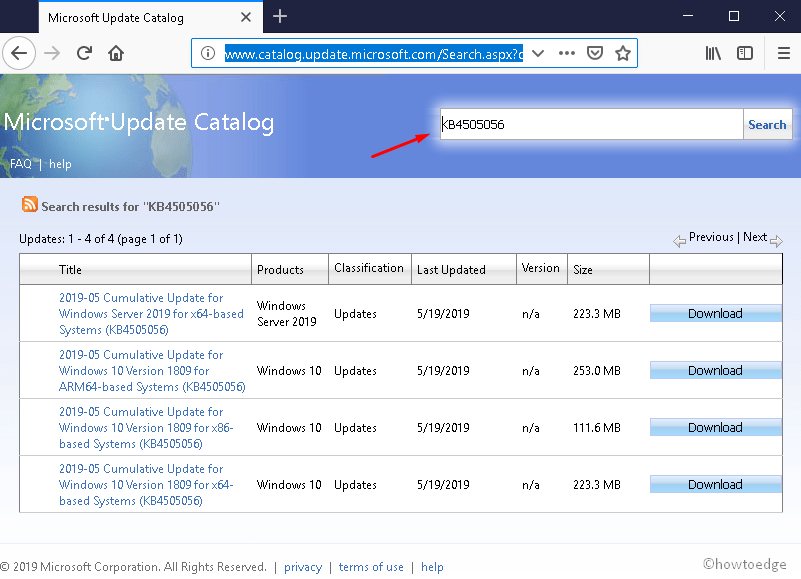 Fixes that came with this Release

There is only one fix that came along with this patch update on 19th May for Windows 10 1809 users.

There are no new bugs on this release. It contains only those issues which are occurring from the last two cumulative updates.

Before getting hands-on this release, you should install SSU (KB4499728) as a prerequisite. Doing this will make sure that no unwanted issues pop-up during the update process. Even if it does, it will handle the same effectively. Windows 10 users will acquire this servicing stack update automatically on their System.

UK users will obtain KB4505056 updates automatically on their PC and in turn, this fixes the underlying issues. You may require to Restart your Desktop/ laptop for once so that it starts working normally.

Users living outside of the UK should visit the Windows Update section then tap Check for Update option. This is a necessary step as the update won’t install automatically on such a user’s PC. The path to be followed is-

To get KB4505056 standalone package, you should visit the Microsoft Update catalog.