KB4503288 comes out for Windows 10 version 1803 and enhances the same to Build 17134.858. With this patch update, Microsoft brings remarkable fixes for Custom Views in the Event Viewer, Windows Account Manager, mobile device management and others. The Company works upon several driver related issues such as- Direct Memory Access, Windows Ecosystems, etc.

Along with superb improvements on this cumulative update, there occur some known issues as well like- black screen after upgrade and 0xC00000A5. The experts have provided temporary solutions to both of these releases as well. Just follow the best practices to avoid any trouble. 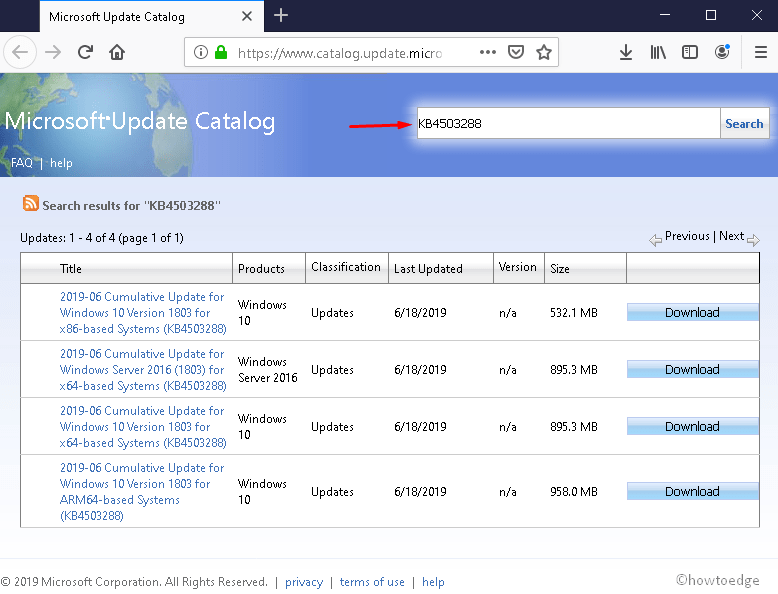 Note: Do download the latest SSU (KB4497398) before proceeding ahead.

You can have this new patch update KB4503288 automatically for your PC through Windows Update. In case, you don’t want to wait, go to the following address and manually download the cumulative update-

Once you reach to the above location, press Check for updates option.

You can have the Standalone package by visiting Microsoft’s official website.